This subimage, about 2.5 kilometers across, shows the south polar layered deposits exposed in a scarp illuminated from the lower right.

This image was taken in the southern spring (2007), when the surface was completely covered by carbon dioxide frost. Therefore, most of the brightness variations in this scene are caused by topography. 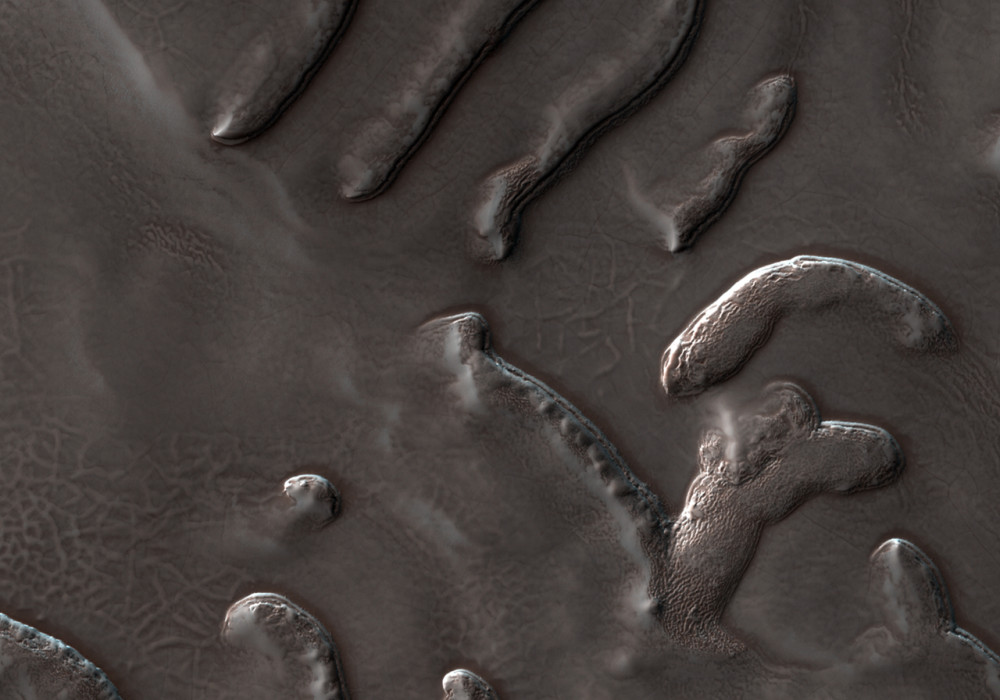