Cubism in the Western Rim of Holden Crater

Where the crater rim is well illuminated, we can see blocks of material with different colors, representing diverse rock types that have been jumbled by impact processes. In places it resembles the early-20th-century art movement called cubism . 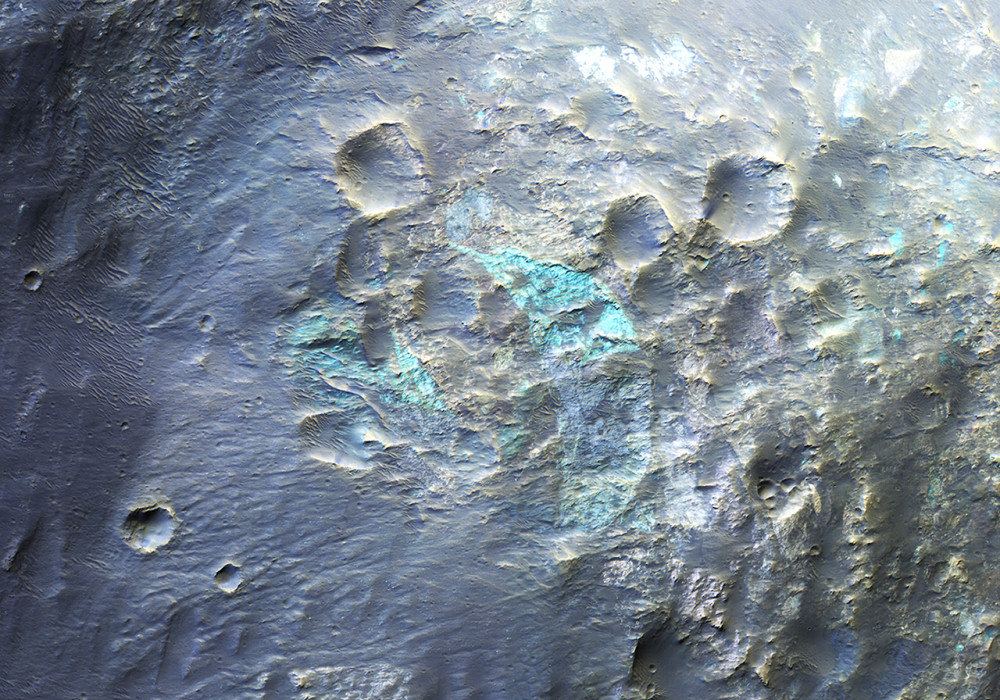