The Mars rover Curiosity is exploring the Pahrump Hills in Gale Crater. The region contains sedimentary rocks that scientists believe formed in the presence of water . Curiosity’s recent activities have included a mini-drilling test .

Last year in December, HiRISE spied Curiosity in the Pahrump region. Zooming in , one can clearly see the rover and its shadow to the upper right. The bright features in the image are sedimentary rock and the dark areas are sand. HiRISE plans to periodically image Curiosity, as well as its companion Opportunity, as they continue to explore Mars. 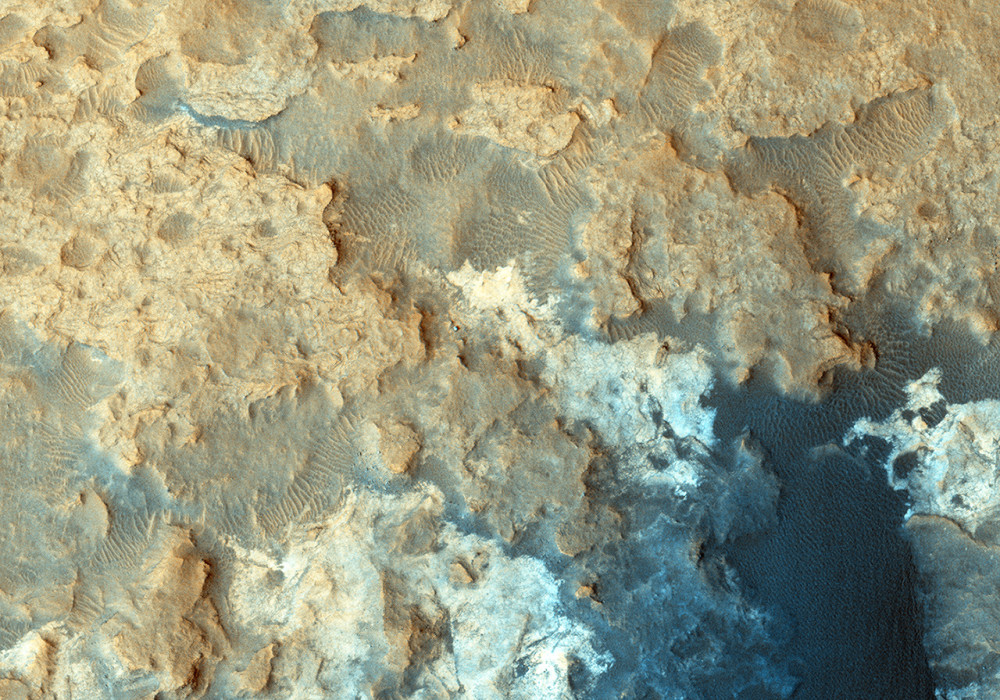