This is another HiRISE image acquired to provide more coverage of the landing region in the narrow color swath.

The new color coverage reveals new dark and relatively blue spots that are arrayed radially downrange from the impact site of the descent stage or sky crane system (see this image for previously identified spots . The largest spot in this new subimage (right edge) was identified previously. (Click here for an unannotated version).

After gently placing the rover on the surface, the descent stage was programmed to fly away and crash at a safe distance, to ensure the landing site was not contaminated by fuel. Debris from this crash then made secondary impacts, which are dark and relatively blue because they disturb the bright dust covering the surface.

The image also provides another look (black and white only) at the rover tracks as they appeared on September 8, 2012. 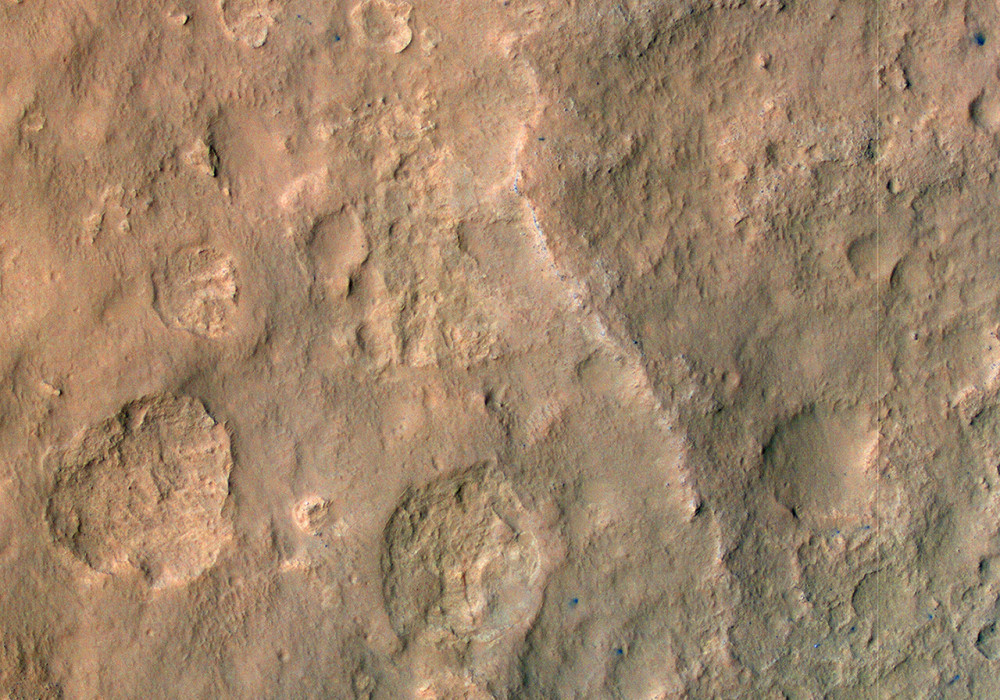