The Mars Science Laboratory, Curiosity, continues its exciting traverse of Mars. In an image acquired in September, it was exploring the boundary between two rock units: the light-toned Murray Formation and the overlying and darker-toned Stimson unit. We can clearly see the rover in a complex terrain marked by tonally varied rocks, which on the surface, can correspond to the contact between rock units and dark sand.

In a second more recent image , the rover has moved quite aways from its previous location: it’s now further south, closer to the dark Bagnold dune field. These red lines delineate the boundary of a sandstone outcrop imaged by Curiosity’s Mastcam camera on 27 August 2015. 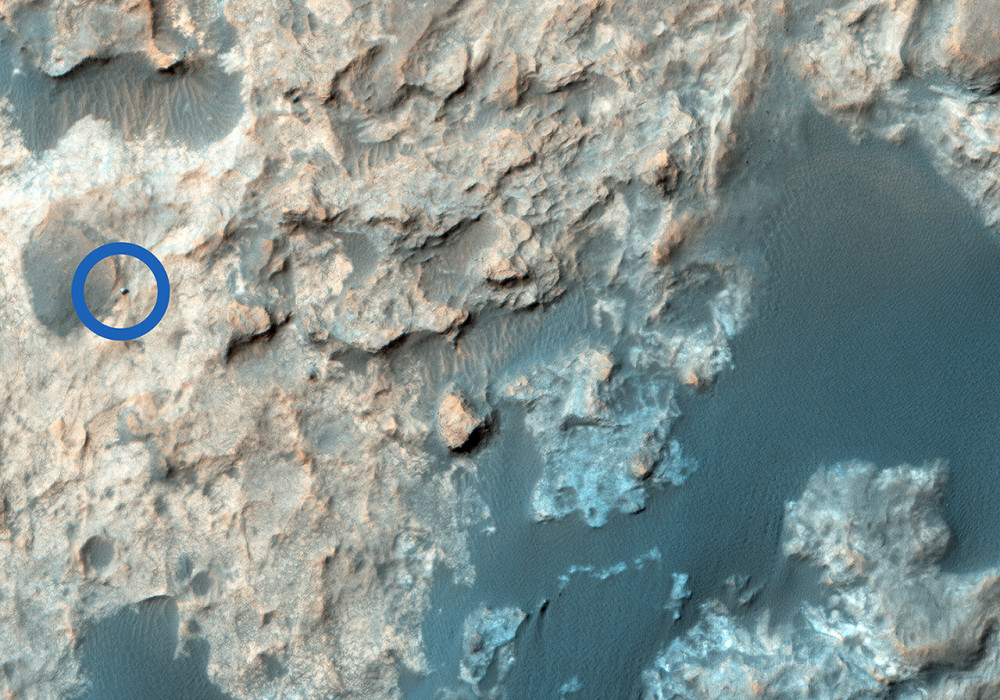