Curiosity has been on the move. In this most recent HiRISE image of the MSL rover, the tracks are visible from Yellowknife Bay to its location on 11 December 2013, several kilometers to the southwest. Tracks from its landing site to Yellowknife Bay made more than a year ago are faded but still discernible.

The enhanced color image shows where the tracks cross the narrow (1-kilometer wide) color swath of HiRISE. A black-and-white image subimage shows the rover itself . Rather than follow a straight path to its next destination, the rover has zig-zagged to avoid steep slopes.

Curiosity is progressing from the bright dust-covered area to a region with a darker surface, where saltating sand keeps the surface relatively free of dust. The scenery seen by the rover will be getting more interesting as it progresses toward Mount Sharp. 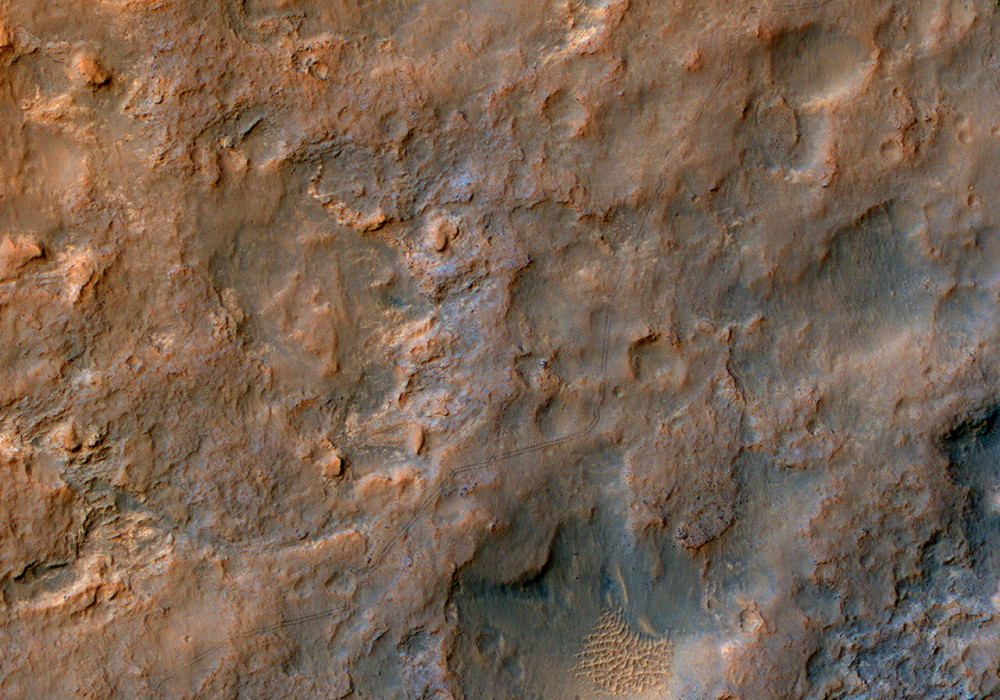