This observation shows part of the floor of Herschel Crater, a roughly 300 kilometer wide impact basin located in the southern cratered highlands of Mars.

The subimage is a close-up of a dark-toned sand dune field located on the crater floor. These dunes are “barchan” dunes, which are also commonly found on Earth. Barchan dunes are generally crescent-shaped, with their “horns” oriented in the downwind direction. They have a steep slip face (the downwind side of the dune).

Barchan dunes form by winds that blow mostly in one direction and thus are good indicators of the dominant wind direction. In this case, the strongest winds blow approximately north to south.

The surface of the dunes has a generally pitted and grooved texture and, in some places, is covered with smaller ripples. The grooved texture has led researchers in the past to believe the dune sands are “lithified,” or cemented together. The rock that formed as a result has since been eroded and scoured by wind.

These dark dunes in Herschel Crater are most likely composed of basaltic sand. 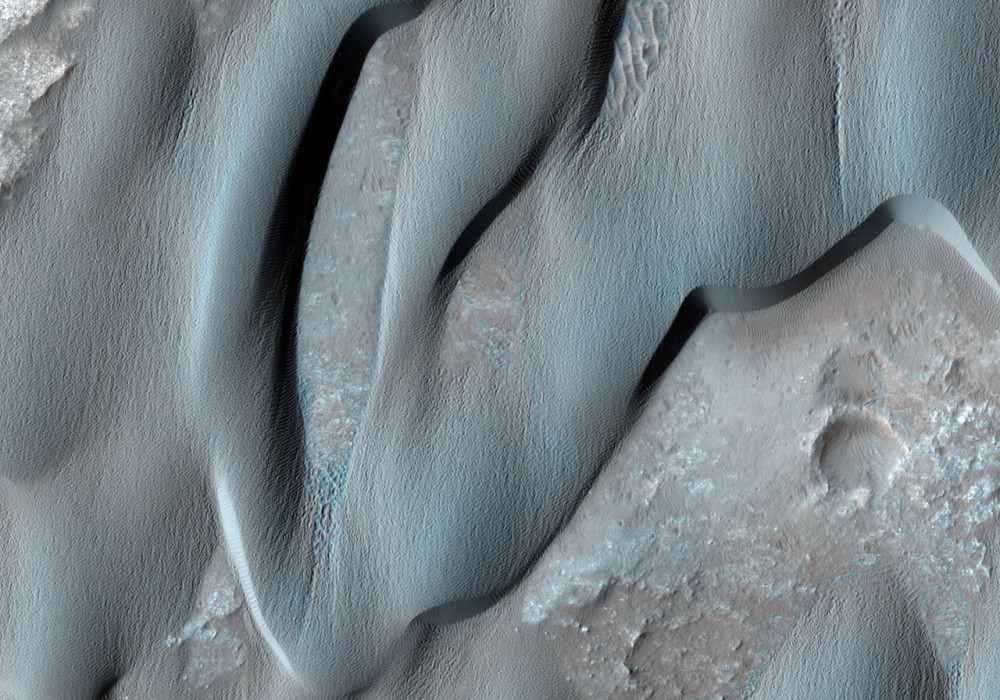