This image is located in a crater in the Hellespontus region that displays dunes and dust devil tracks.

The larger barchan-like dunes are surrounded by linear ripples and dark coarse material. The dunes are composed of basaltic sands that have accumulated in the troughs of the dunes. The dunes themselves run in a northeast to southwest direction. The steep west facing slip face indicates that the dune is controlled by a southeasterly direction and that the winds here tend to blow from left to right.

Both the sandy and rough textured surfaces are crisscrossed by the tracks of dust devils. These tracks form when dust devils abrade the surface exposing the underlying darker surface. The tracks appear to be clustered since dust devils frequently form in areas that have been previously scoured. The lighter tracks are older tracks that are fading or have been overprinted by other dust devils.

It is possible that the dunes are stable as many of the dust devils appear to be going to the southeast direction (based on scallop patterns- dust devil leaves behind dark circular patterns and erase the frost as it moves forward by local winds). This is an indication of change of wind especially since the dune field is in a crater.

Note: this caption was written by NAU student Addie Hite.
Written by: Addie Hite/Circe Verbe   (27 May 2009) 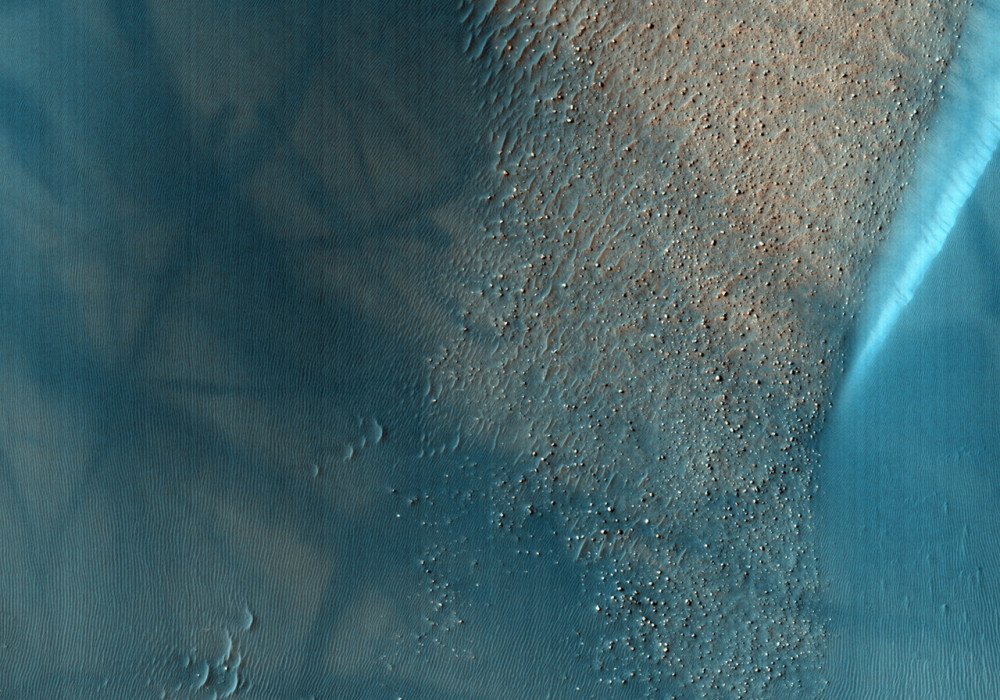