Channels are found all around Hale Crater. The largest channels were there before the formation of Hale, such as Uzboi Vallis.

The impact that created Hale Crater smashed directly into Uzboi Vallis, a very large channel thought to have periodically transported hundreds of thousands of cubic meters of water per second. Another nearby channel is Nirgal Vallis, an approximately 700 kilometer (430 miles)-long channel interpreted to have formed from groundwater sapping. Nirgal Vallis is about 300 kilometers (190 miles) from Hale.

Other, smaller channels also radiate from Hale. The relationship between the channels and the ejecta from Hale Crater strongly suggests the Hale-forming impact event created, or at least heavily modified, the channels.

One of the types of channels thought to have been formed at the same time as Hale Crater is a channel with raised margins. These channels are relatively short (less than 5 kilometers, or 3 miles) and less than 0.5 kilometers (0.3 miles) wide. They are found on the slope break at the very edge of the northern rim of Argyre Basin, which opens to the bottom left of this image. We interpret these channels to be the result of debris flows.
Written by: Andrea Philippoff Jones   (10 February 2010) 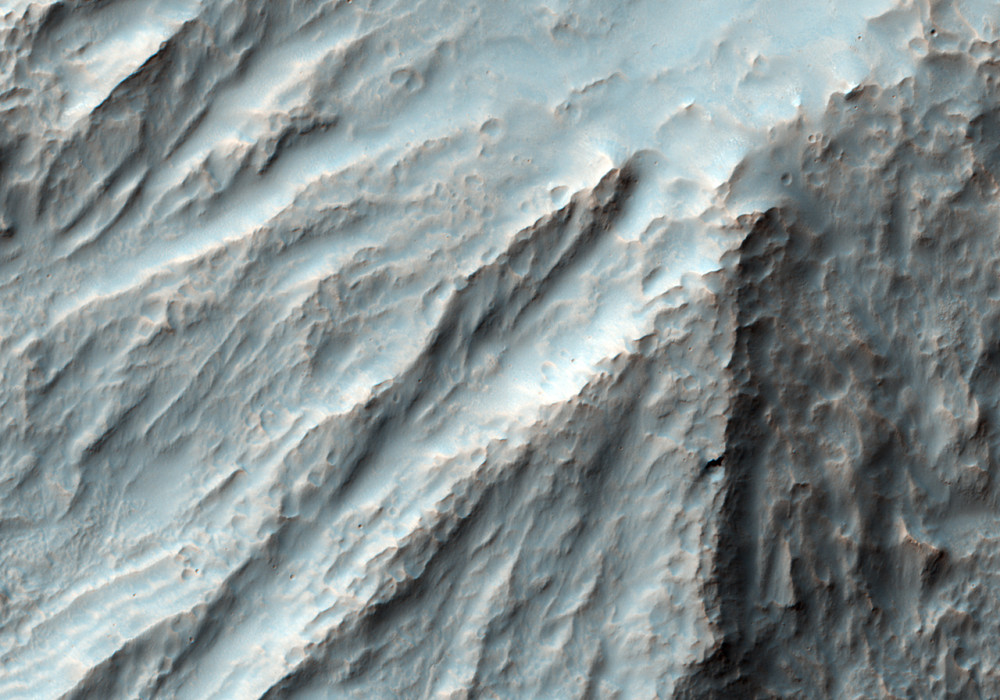