Impact craters are sometimes nicknamed ‘Mother Nature’s drill holes’ because, thanks to them, deep rock formations are exposed at the surface. Bonestell Crater is a good example.

Bonestell is 42 kilometers (26 miles) in diameter and 1,250 meters (4,100 feet) deep. The rocky hills on the floor of this crater constitute its ‘central peak’. Central peaks form due to elastic rebound of subsurface materials immediately after impact. The rocks in Bonestell’s central peak may have been 4-to-8 km below the surface before impact.

This subimage of the HiRISE image shows a portion of Bonestell’s central peak. HiRISE reveals details in the structure and color of these deep rocks that will help scientists decipher the origin and history of the Northern Lowlands. 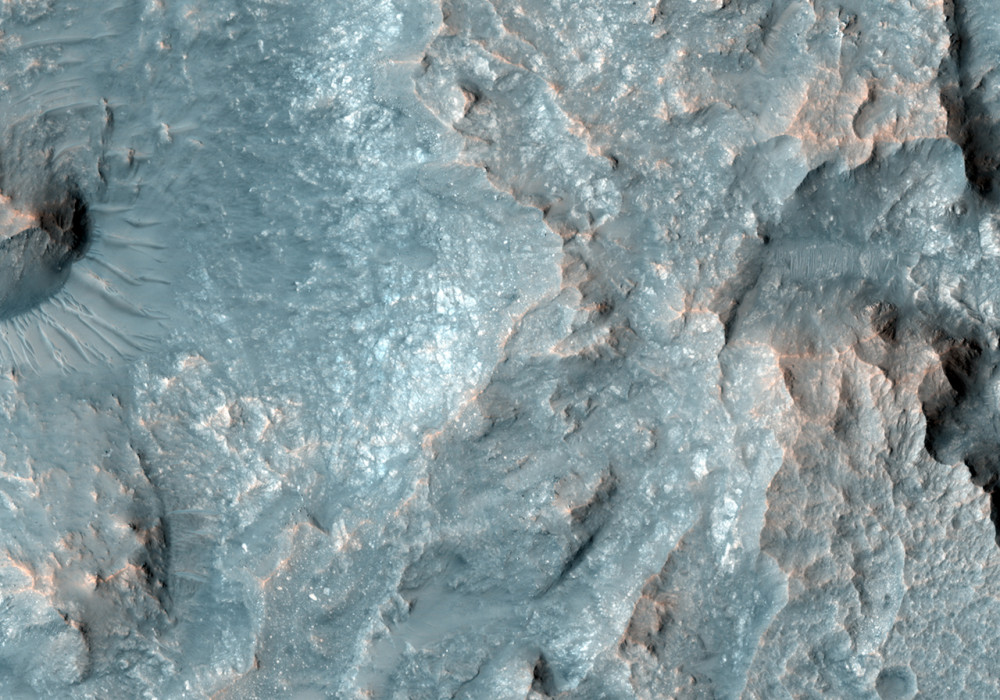