These gullies are in the Nereidum Montes near the large Argyre Basin in the southern hemisphere. Downslope, the gullies interact with other features. Some of the gully debris aprons cross a trough that lines the slope base. The debris aprons cover dunes lying in the trough, which indicates that both the dunes and trough were there before the gully activity.

Beyond the trough there is a wavy ridge. The ridge has some landslides off of it that have extended onto nearby dunes. 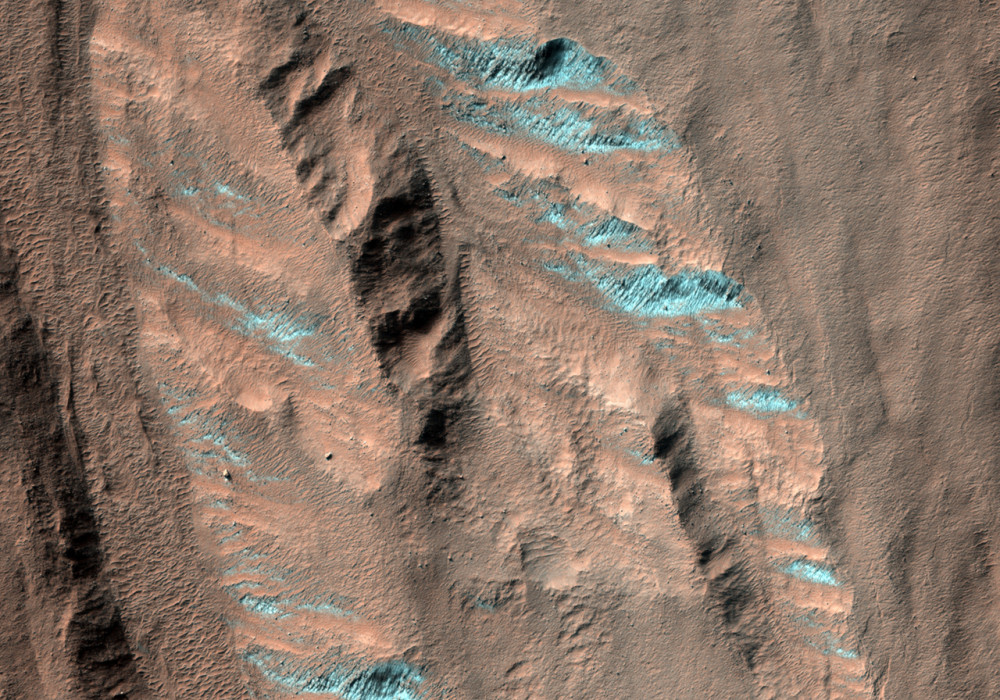