This image of Utopia Planitia shows some deformed craters. The crater rims are not round but elliptical and even angular.

The region is interesting because there are surface features (e.g., polygonal cracks) which suggest that water ice is close to the surface. A good example is just to the south of the featured image here. Other craters in the area appear old and eroded. Many are filled with material which could contain quantities of water ice. Were these deformed craters the result of an oblique impact or were they deformed afterwards by an as-yet unknown process? 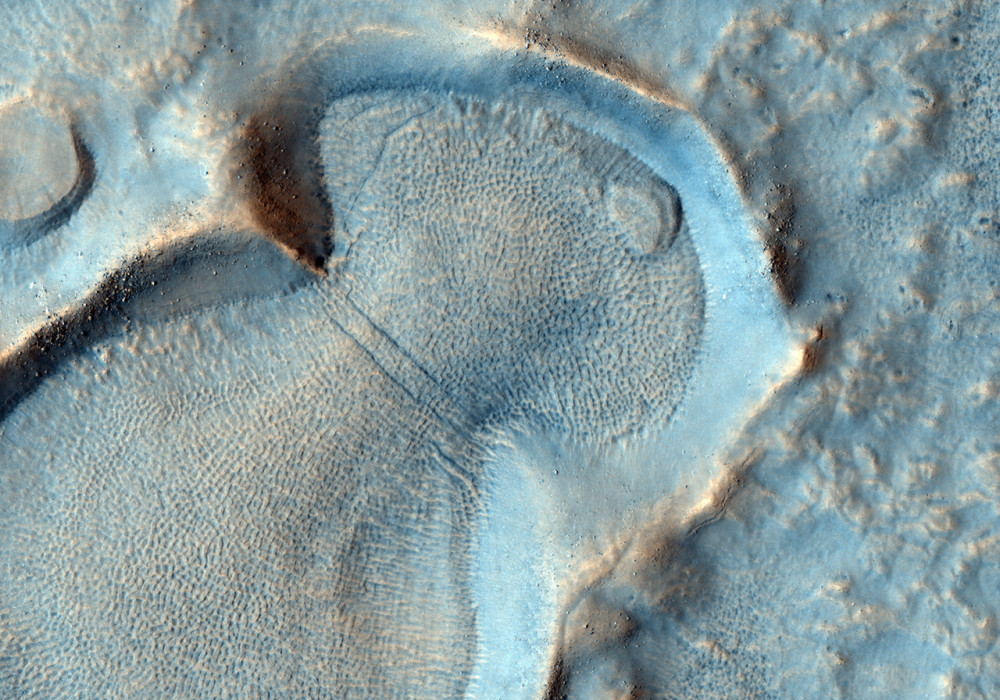