This image shows defrosting sand dunes near the north polar region of Mars.

Around Mars’ North Pole is a vast region or “sea” of sand dunes that become covered with carbon dioxide frost or ice in the northern hemispheres winter. The light areas indicate that parts of the dunes are still covered in frost or ice.

During the summer, all the frost will have sublimed leaving dark sand dunes. The unfrosted dunes are dark because the sand is derived from dark volcanic rocks.Written by: Alfred McEwen   (10 May 2008) 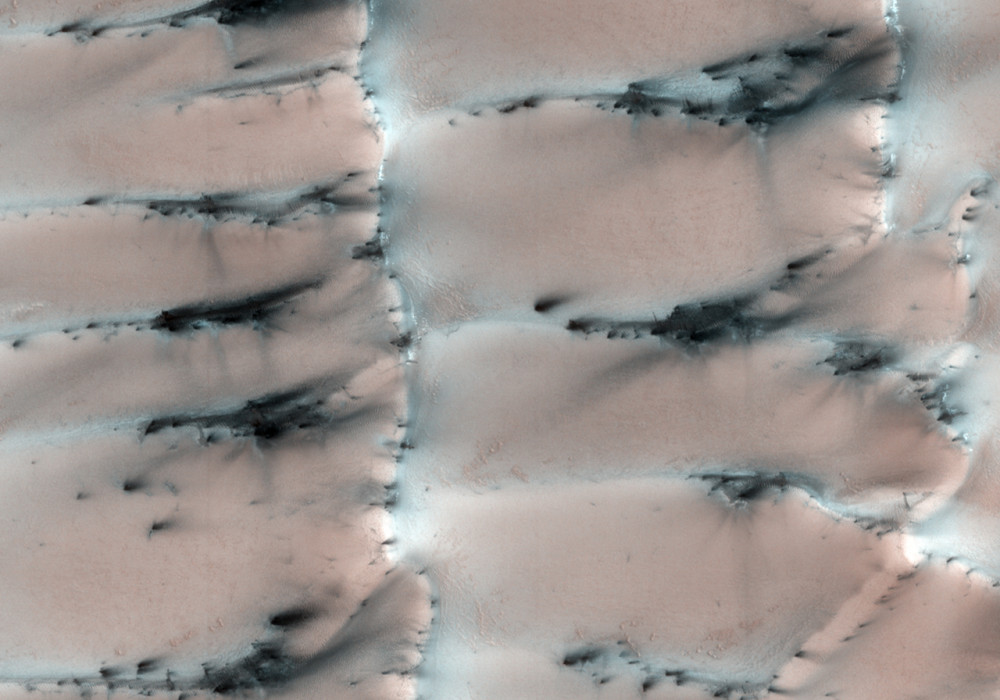