This image shows a region known as “Inca City” near the south pole, so named because its rectilinear grid of ridges is reminiscent of the ruins of an ancient city.

Of course, these ridges are not tumble-down stone walls, but their origin is not known for certain. The ridges most likely have been exhumed by aeolian stripping of overlying material and are not related in origin to the nearby south polar ice deposits.

One possible formation scenario is the filling of cracks (perhaps produced on the floor of an impact crater) by erosionally-resistant material, such as volcanic rock. Now, the ridges are muted by overlying material, most likely dust. In this image, taken in southern spring, the ridges are also covered by seasonal carbon dioxide ice. The dark spots are areas where the ice is translucent enough to see the darker material beneath it and/or where darker material beneath the ice has escaped to the surface and is blown by near-surface winds, creating long, dark streaks.

This image is one in a series of images positioned near this location for the purpose of monitoring these dark spots and streaks throughout southern spring and early summer to ascertain how they form and change as the seasonal ice disappears. 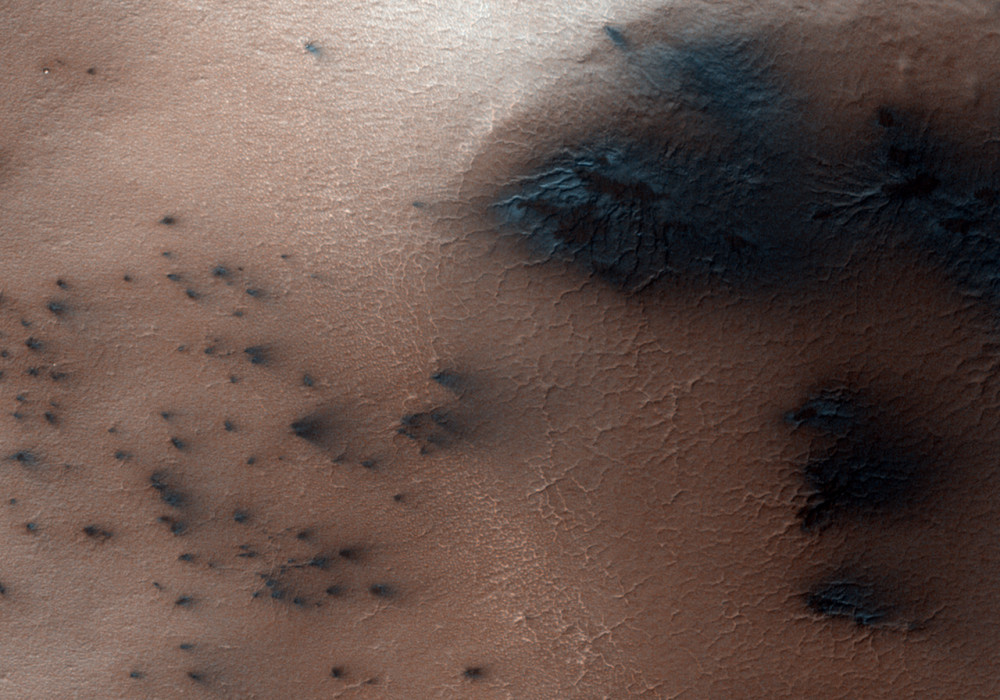