In northern winter a seasonal polar cap composed of carbon dioxide ice (dry ice) forms in the north polar region. This cap covers a vast sea of dunes at high northern latitudes. In the spring the ice sublimates (evaporates directly from ice to gas) and this active process loosens and moves tiny dust particles.

The subimage shows a region of the dunes that are just beginning to lose their seasonal ice cover. In most of the image the dunes are a muted red color. Where the sun is shining on the steep dune crests the frost is gone and dark dust is free to cascade down the sides. This thin layer of dust, like slope streaks found elsewhere on Mars, flows down around obstacles and may come to rest mid-slope. 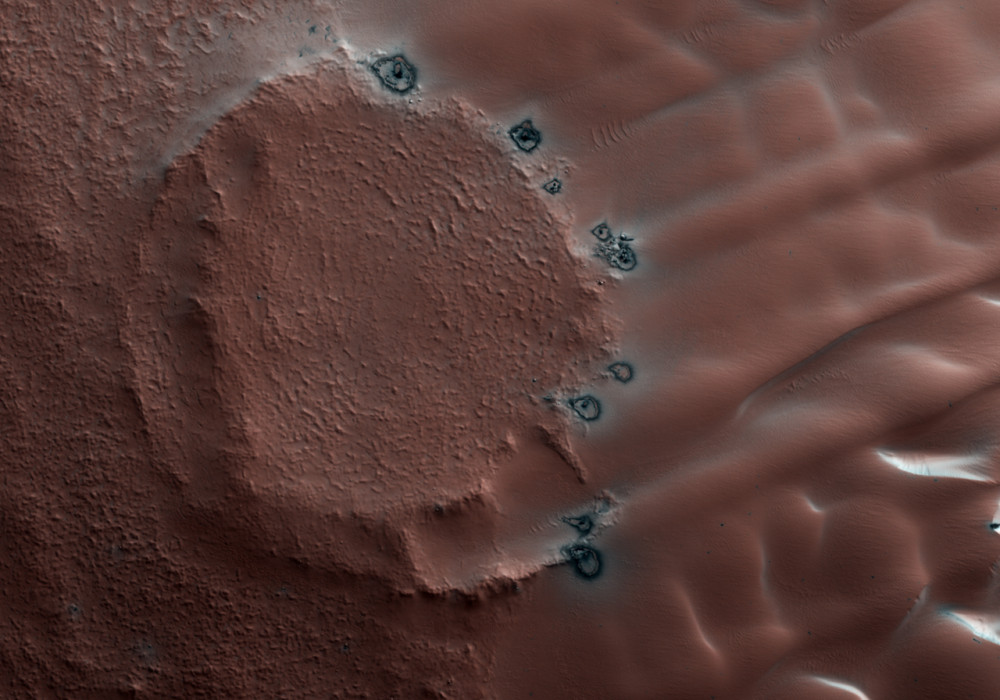