This delta is distinguished from other fan-shaped deposits on Mars by the presence of a preserved distributary network including lobes, inverted channels, and meander cutoffs. Another example of a fan with a distributary network can be found in Jezero Crater, which may represent a more degraded version of the same kind of system. 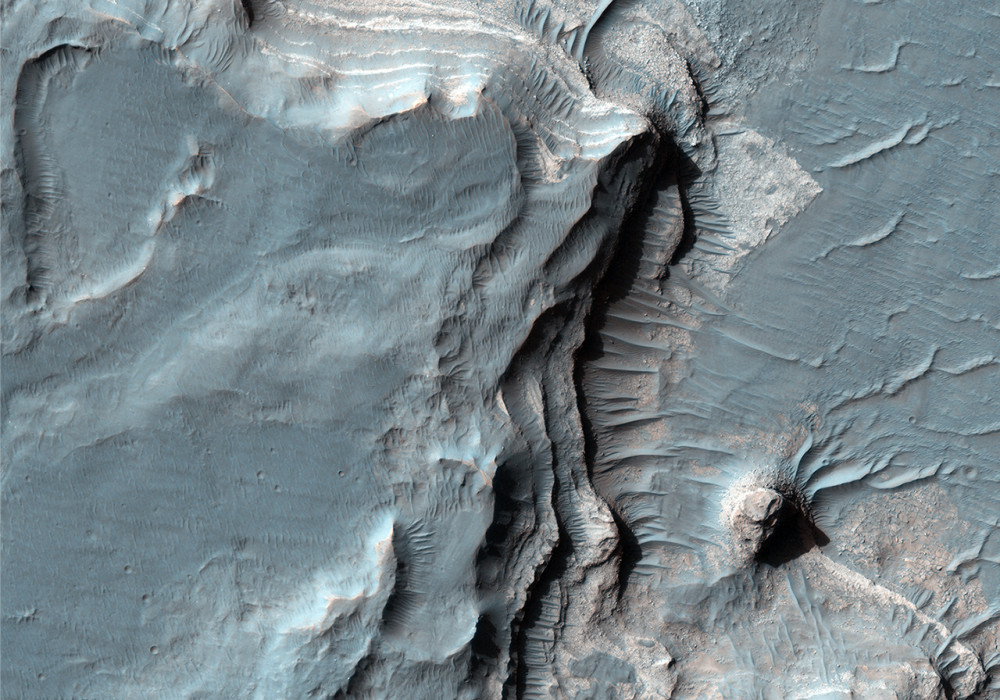