Deposits along the Northern Wall of Melas Chasma

It has been known since the 1970s when the Viking orbiters took pictures of Mars that there are large (i.e., several kilometers-thick) mounds of light-toned deposits within the central portion of Valles Marineris. More recent higher resolution images of Mars, including this image of Melas Chasma, show that the wall rocks of Valles Mariners also contain similar, albeit thinner, light-toned deposits.

Spectral data from the CRISM instrument indicate that the larger mounds are composed of sulfates. Some of the wall rock deposits are also made up of sulfates, but others contain clays or mixtures of several kinds of hydrated materials, suggesting that multiple aqueous processes, perhaps at different times within Valles Marineris, formed the variety of deposits we now observe. 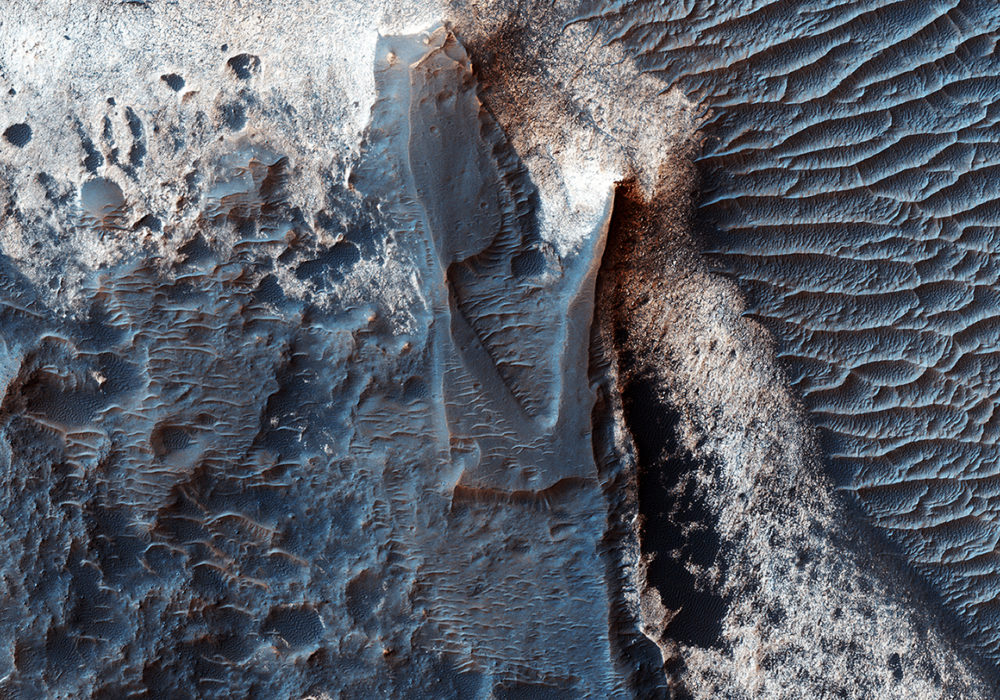