Deposits on the Floor of Palos Crater

This image shows a portion of the floor in Palos Crater. The floor appears bumpy with high-standing layered knobs. Most of the terrain on the floor is weathering into meter-size polygonal blocks. The circular structures in the image, many of which are filled with darker aeolian material, are eroded impact craters. 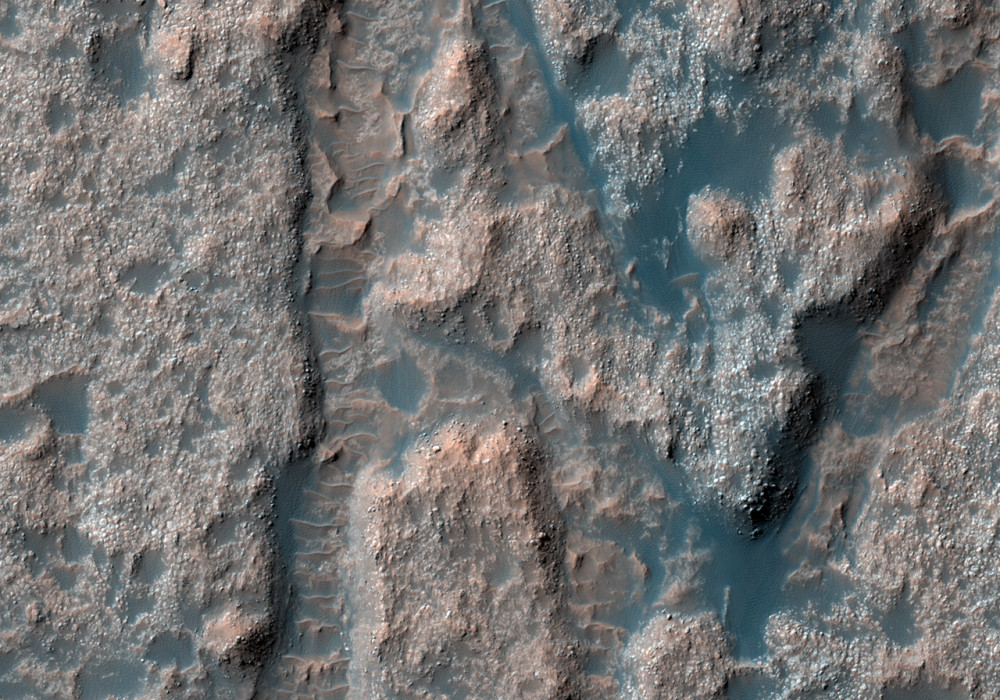