This image was taken in February 2012, in order to compare against image ESP_017985_1985 , which was acquired in May 2010. These two images are separated by approximately one Mars year.

The original image showed a prominent series of dark markings that are the tracks left by boulders as they rolled and bounced down the slope. As they do this, they set off miniature dust avalanches. The bright, fine dust slides away, leaving a darker, larger grained dust underneath.

This follow-up image shows that the smaller dark tracks are gone, and the larger ones have faded considerably. This is most likely due to the fine bright dust that is transported in the atmosphere falling down and re-covering the dark markings. 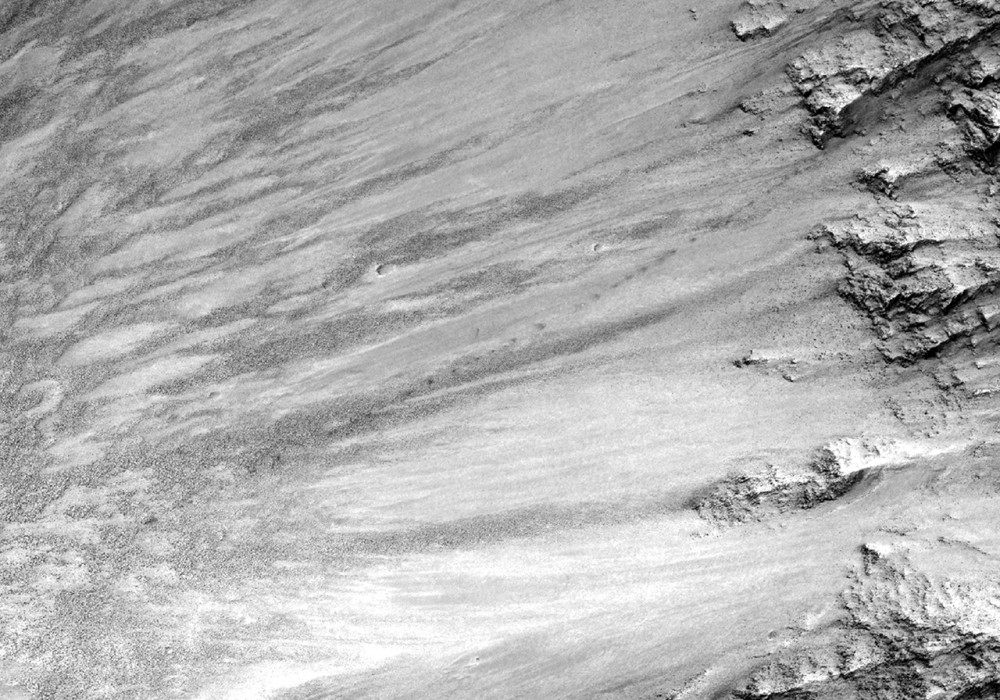