Impact craters that form at high latitudes often disappear faster than those that form in equatorial regions. The craters in this image are only barely detectable.

Over time, craters in ice, particularly large craters, “relax.” Their depth-to-diameter ratio decreases as the bowl of the crater gets shallower with time. The craters slowly appear softer and smoother, fading into the surrounding landscape, until they remain only as circular patterns on flat ground, before they eventually disappear altogether. The larger the crater, the faster it will relax.

The reason for the crater degradation is partly due to in-filling by snow or dust and slumping off of the crater walls, and also partly from processes that produce the patterned ground you see in this HiRISE image. But the primary reason for the shallowing is because the ground at high latitudes on Mars is ice-rich, and ice is not very strong. At warmer temperatures found in the inner solar system, ice generally flows more easily than rock, so ice cannot support the structure of the crater as well as rock. The crater relaxes as the ice begins to flow back to a level surface.

All of the processes listed above have likely acted on these craters, and recently, they have also been swept by dust devils, which left dark streaks in their wake. 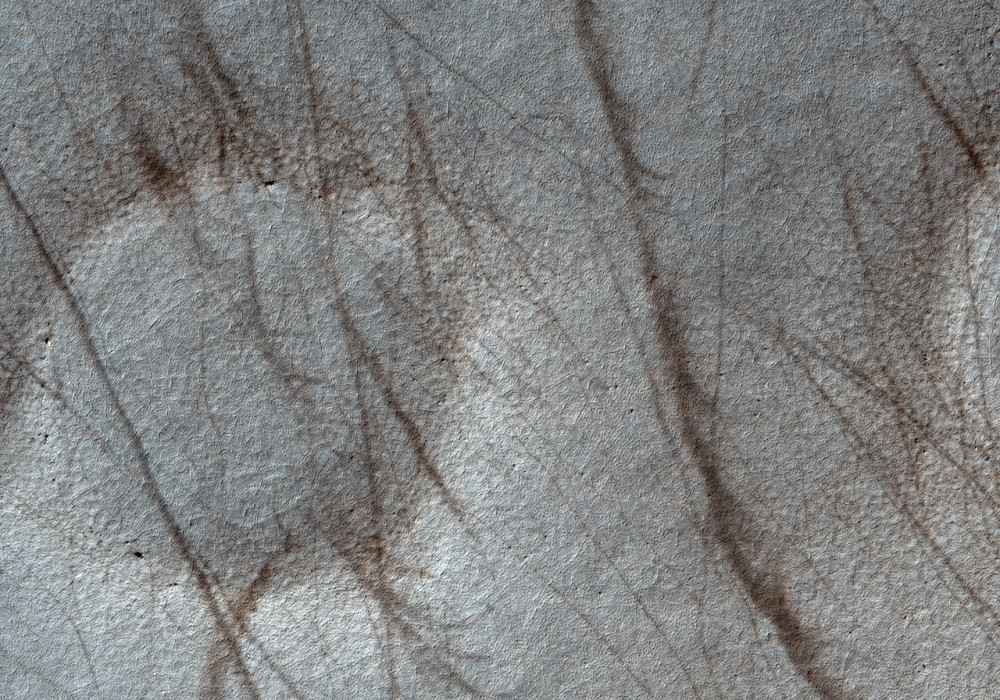