This image shows Martian dissected mantle terrain in the Tempe Terra region, located on the northeastern flank of the Tharsis volcanotectonic province.

The presence of scalloped pits has led to hypotheses of the removal of subsurface material, such as interstitial ice, by sublimation (ice going directly from the solid state to the gas state). Their formation most likely involves development of oval-to scalloped-shaped depressions that may coalesce together, leading to the formation of large areas of pitted terrain. Scalloped pits typically have a steep pole-facing scarp (north in this observation) and a shallower equator-facing slope.

Formation of scalloped depressions may be a process that is still active today. 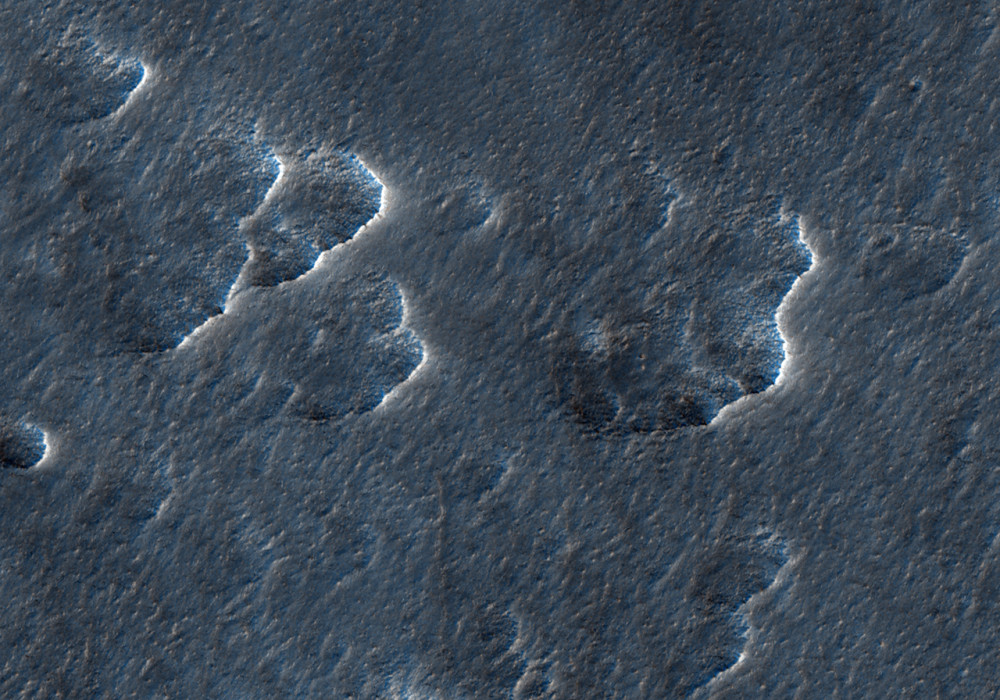