Impact craters on Mars are kind of neat: many of them look very different than impact craters seen on the Moon or Mercury.

Fresh lunar and Mercurian craters have ejecta blankets that look a bit rough near the crater rims; around larger craters, long rays or chains of secondary craters radiate away from the crater rims. Some Martian craters are similar to these craters, but Mars also has a high proportion of craters with forms not found on the Moon or Mercury: rampart craters.

Rampart craters, also called fluidized-ejecta craters, have ejecta blankets that appear lobate, or rounded, and end in low ridges or ramparts, such as the ridge in this HiRISE image. Here you see the rampart at the edge of the ejecta blanket that comes from an approximately 16 kilometer (10 mile)-diameter crater, about 16 km (10 mi) to the east.

For years there has been a debate about whether these lobes and ramparts were formed by ejecta interacting with the thin Martian atmosphere, or whether they formed because volatiles (such as water or ice) in the subsurface were incorporated into the ejecta material excavated by the impact. The common consensus is now in favor of the volatile hypothesis. Because of this, rampart craters can be used to indicate the past presence of water or ice in the Martian crust. 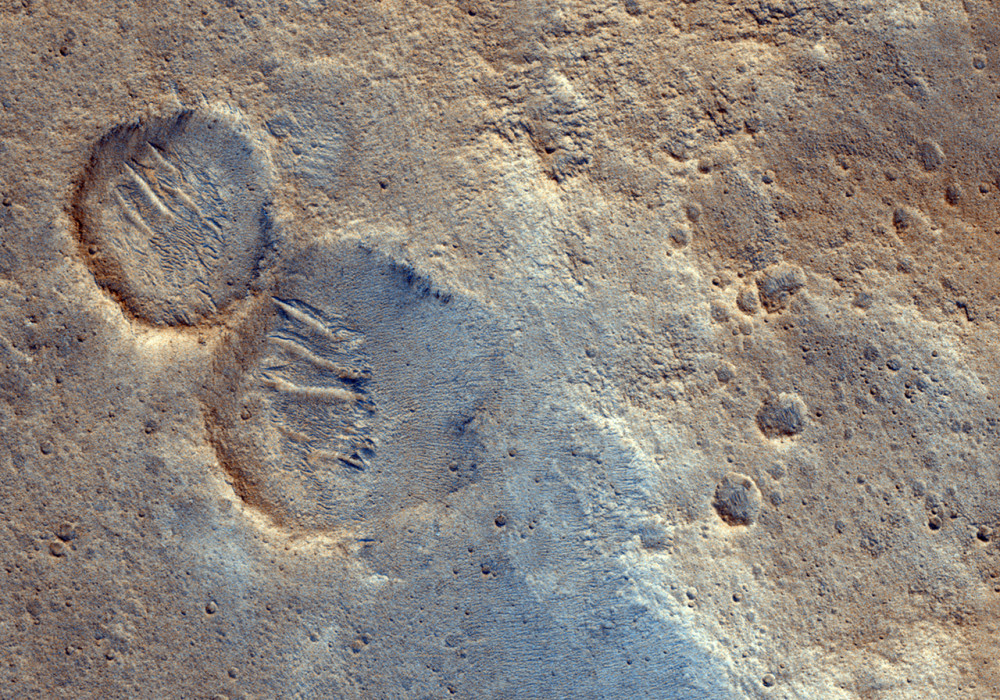