This “fresh” (very well-preserved) impact crater has created a radial pattern of dark rays. The image was suggested to address the question of why the rays are dark.

Is the crater so fresh and recent that there hasn’t been time for bright dust to settle on the rays? That doesn’t seem likely, as we can see windblown deposits inside the crater, which requires at least thousands of years to form after the impact event. Also, fresh craters with dark ejecta are common in Meridiani, and they can’t all be extremely recent.

Did the crater eject a subsurface layer of dark material? Maybe, but all of the bedrock exposures in the surrounding region are relatively bright. The surface layer is darker than the bedrock because dark materials like hematite concretions (“blueberries” found by Opportunity rover) are resistant to wind erosion and get left as a lag deposit. At HiRISE scale the rays are seen to be a thin deposit, perhaps less than 1 meter thick.

The more distant ray segments contain many small secondary craters created by impact of rocks ejected from the primary crater. Maybe these are lag deposits from the original rays. In other words, a mix of broken-up target material was deposited, but the relatively bright materials have blown away since the crater formed. The darker sand or granule-sized materials might eventually be moved by the wind and trapped inside craters, as commonly seen over Meridiani Planum, but there hasn’t been sufficient time since crater formation for this process to remove the rays.

The coarser particles might not be movable by wind in the current climate regime of Mars, but that changes over thousands and millions of years as Mars experiences periodic changes in orbital parameters such as tilt of the rotational axis. There has been some sand movement since the crater formed, since we see deposits inside the crater, but not enough to remove the rays. 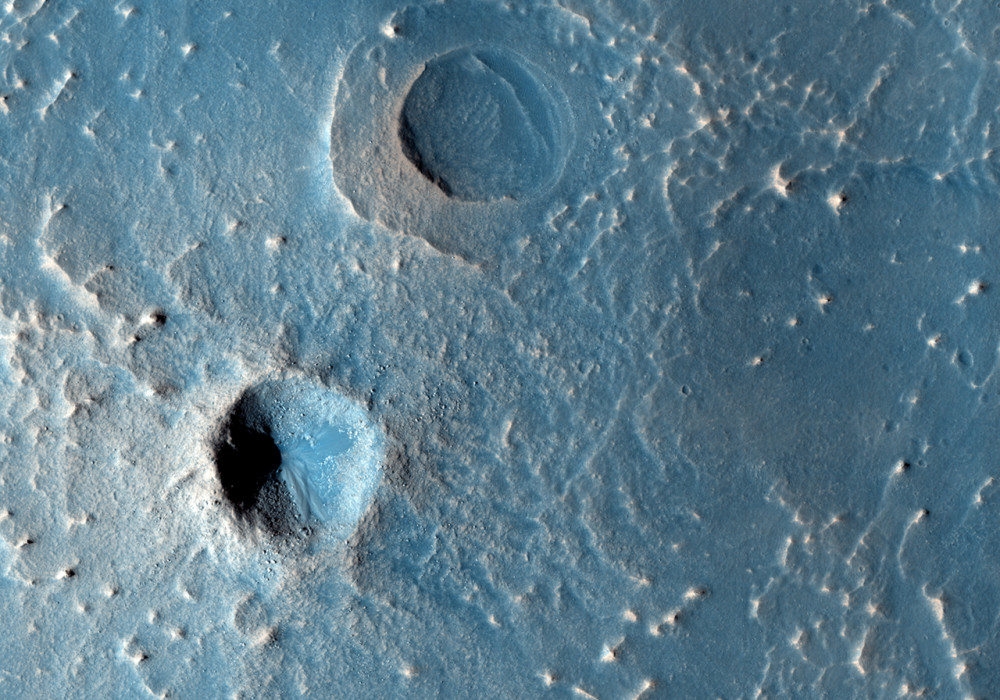