This enhanced color image (1.2 kilometers or 0.7 miles across) shows a section of the south polar layered deposits, which are an accumulation of layers consisting mostly of water ice and dust. Perhaps their closest analog on Earth would be the ice caps of Greenland and Antarctica.

This image is particularly interesting because the layers are not flat-lying but rather appear wavy. This appearance could partly be an illusion due to erosion after the flat-lying layers were deposited. In that case, the wavy appearance is due to the fact that the layer edges are wavy, going into and out of the plane of the outcrop exposing the layers (here, into and out of the computer screen ).

Alternatively, this waviness could be due to deformation of the layers folding caused by flow of the ice. Here, the flow probably occurred long ago since current temperatures are too low to allow the ice to flow at a significant rate.Written by: Kathryn Fishbaugh   (5 January 2008) 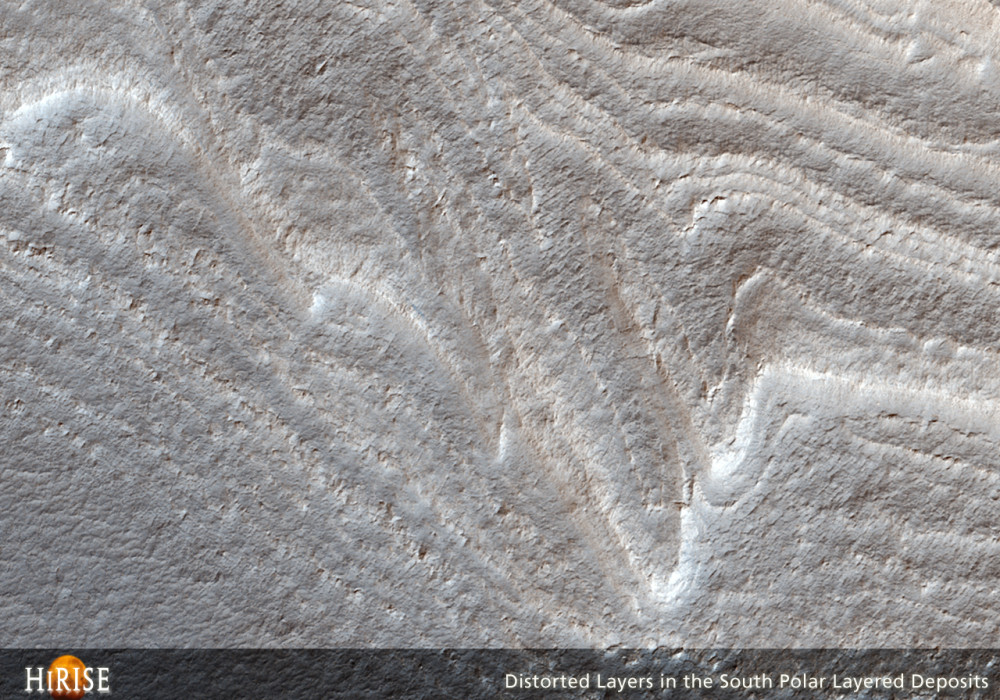