The flanks of Olympus Mons are covered with lava flow after lava flow. Most of these flows are relatively narrow flows with a channel running down the middle. They appear similar to the lava flows found on Mt. Etna in Sicily.

However, in this image, we see these typical lavas partially covered by another, more recent flow. This flow also has a central channel, but is about 10 times wider than the more typical flows.

At the center of the HiRISE image the channel disappears. This is probably because the channel was blocked here and lava spilled out of the channel and covered a broad, fan-shaped, area. The eruption that produced this unusual flow was probably more vigorous and perhaps lasted longer than the more common ones. 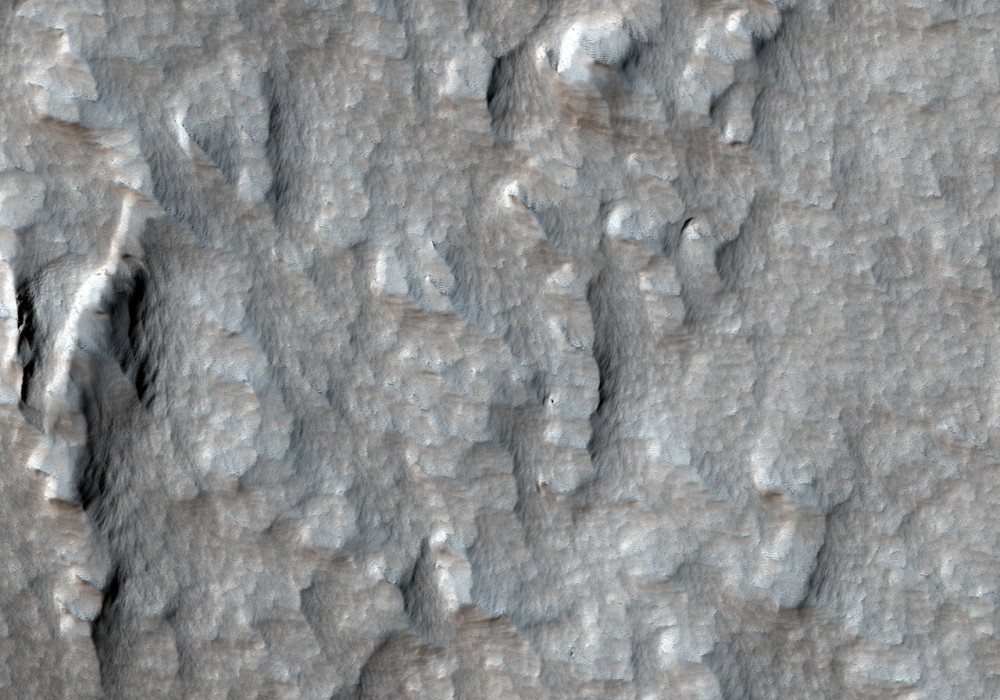