This image covers an interesting area in the Nili Fossae region of Mars. The colorful mound on the western (left) side of the highlighted portion appears to have been thrust up from beneath the dark plains to the east, and may be more resistant to erosion than the materials in the surrounding plains.

The colors in the mound likely correspond to minerals of diverse composition. A variety of igneous rocks as well as hydrated minerals have been identified in this area by orbiting near-infrared spectrometers. The bright band around the northeast margin of the mound is one of several distinct layers visible around its base.

Light-toned ripples or dunes are visible in low areas of the plains northeast of the mound and elsewhere throughout the image, including in two deep troughs cutting roughly north-south across the full image. These troughs, known as fossae, give the Nili Fossae region its name, and probably formed through tectonic activity relatively early in Martian history. 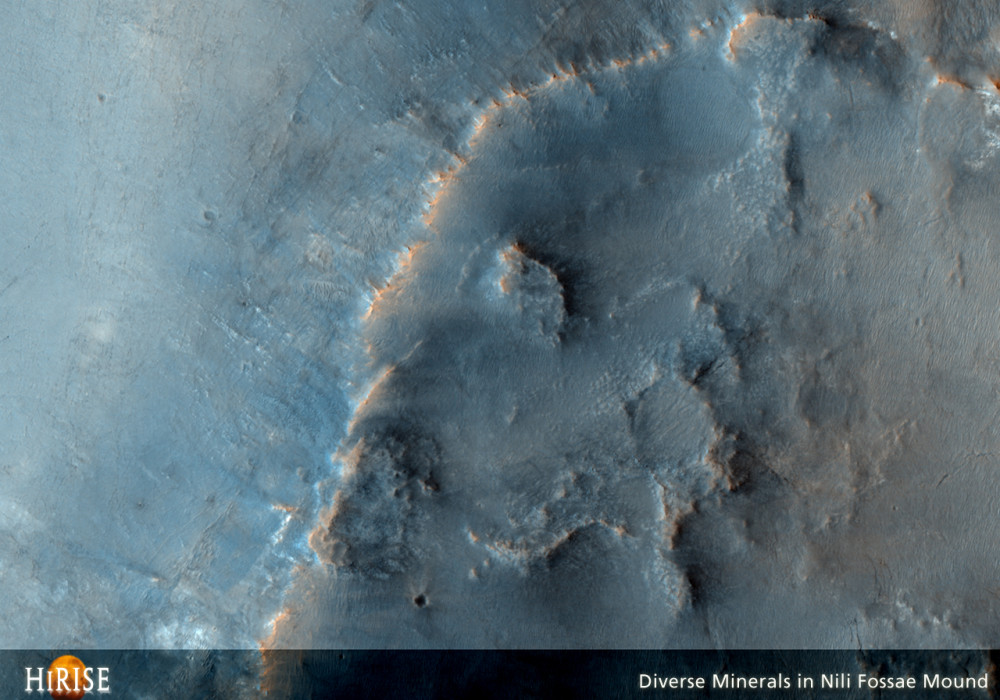