Double Depressions or Expanded Craters on the Northern Plains

This image covers part of the vast northern plains of Mars, in a region called Utopia Planitia.

In the color subimage , we see a bunch of shallow depressions, that are really double depressions. There is an inner low area that is quite circular, surrounded by shallower semi-circular depressions. The sun is to the lower left (southwest)–if you see domes instead or craters then your brain has inverted the topography.

How did these double depressions form? Once idea is that the inner depressions correspond to impact craters, or the floor deposits of impact craters. These are likely secondary craters that all formed at the same time from the ejecta of a much larger primary crater. The high latitude regions of Mars are known to be rich in water ice below a shallow dry layer. The dry layer protects the ice, which would otherwise sublimate (going directly from a solid to a gas) into the air and disappear.

What happens after an impact event disturbs the dry layer and exposes ice? The ice would sublimate, and if the ice isn’t just filling pore space between non-ice materials, collapse of the surface must follow. Maybe that sublimation gradually eats away a shallow subsurface layer of this ice surrounding each impact crater to create these double depressions, or “expanded craters”. 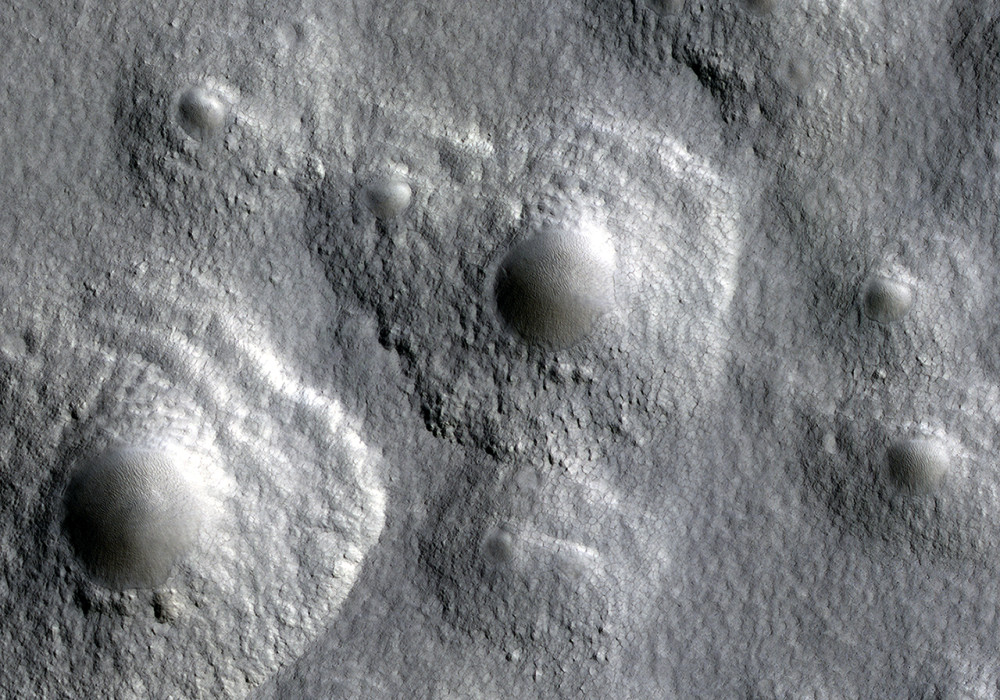