When impact craters form, they are generally surrounded by “ejecta”: material that is thrown out from the crater by the impact and that settles onto the surrounding terrain. Sometimes there are multiple phases of material that fall to the ground (although both result from the same impact), creating the appearance of layered-ejecta.

This DLE [double layer ejecta] crater formed at the edge of an older/pre-existing crater, the rim of which deflected some of its ejecta. As it deflected the two phases of falling ejecta differently, we can use it to study how ejecta is transported and deposited. With HiRISE resolution, it may be possible for us to determine topography of the rim and then to see how high the barrier was that deflected some of the ejecta flow.

This is also an unusual crater because it is outside the Northern Plains and is relatively young. 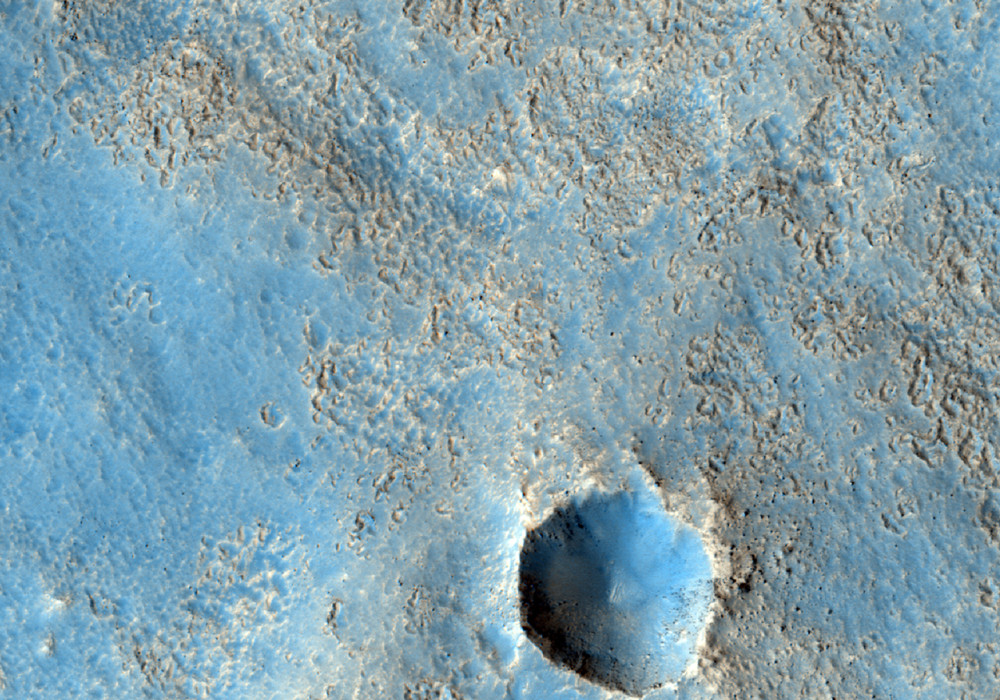