Dramatic Shadows over a Fossil Glacier

This image was acquired near the Martian winter solstice, when the sun was low over the horizon at this location.

The resulting illumination produces dramatic accentuation of subtle topography. The image is centered on a fossil glacial flow, no longer active . On Earth, glaciers usually melt, but on frigid Mars they may be preserved for millions of years after ceasing activity. It formed on the south-facing slope of an impact crater in the southern middle latitudes. 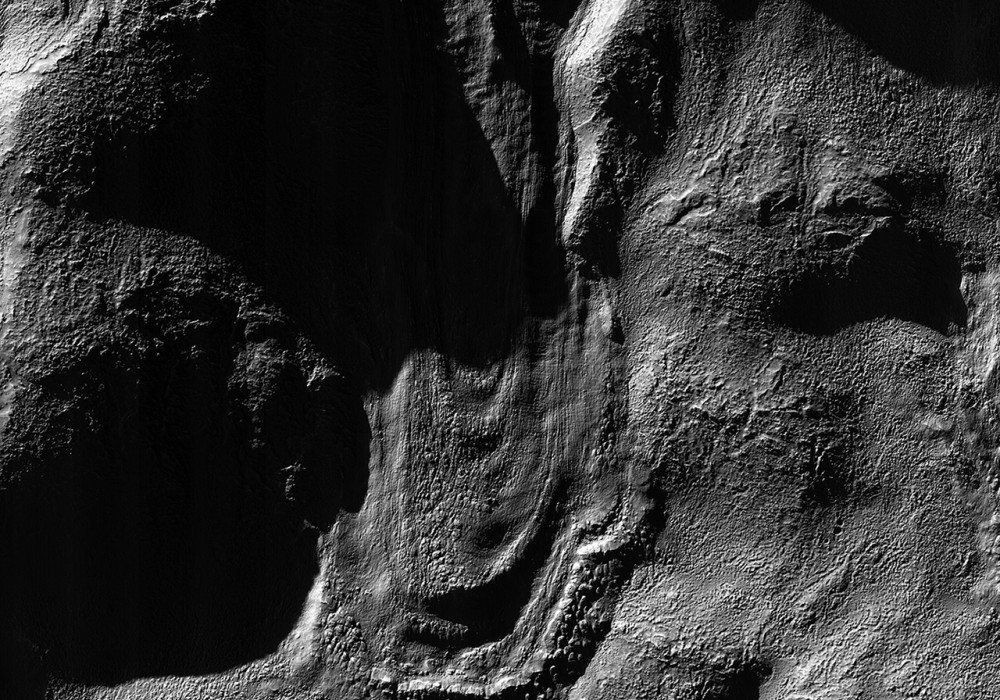