Dreaming of Graben in the Labyrinth of the Night

Noctis Labyrinthus is a highly tectonized region immediately to the west of Valles Marineris. It formed when Mars’ crust stretched itself apart.

In this region, the crust first stretched in a north-south direction (as evidenced by the east-west trending scarp) and then in an east-west direction (as evidenced by the north-south trending smaller scarps). This sort of tectonic stretching creates faults in the crust (cracks along with masses of rock slide. This process is totally unrelated to Earth’s plate tectonics.).

The lower portions between faults are called “grabens” and the interspersed higher portions are called “horsts.” The Basin and Range tectonic province of the western United States is a close Earth analog to Noctis Labyrinthus, which is Latin for “labyrinth of the night.” 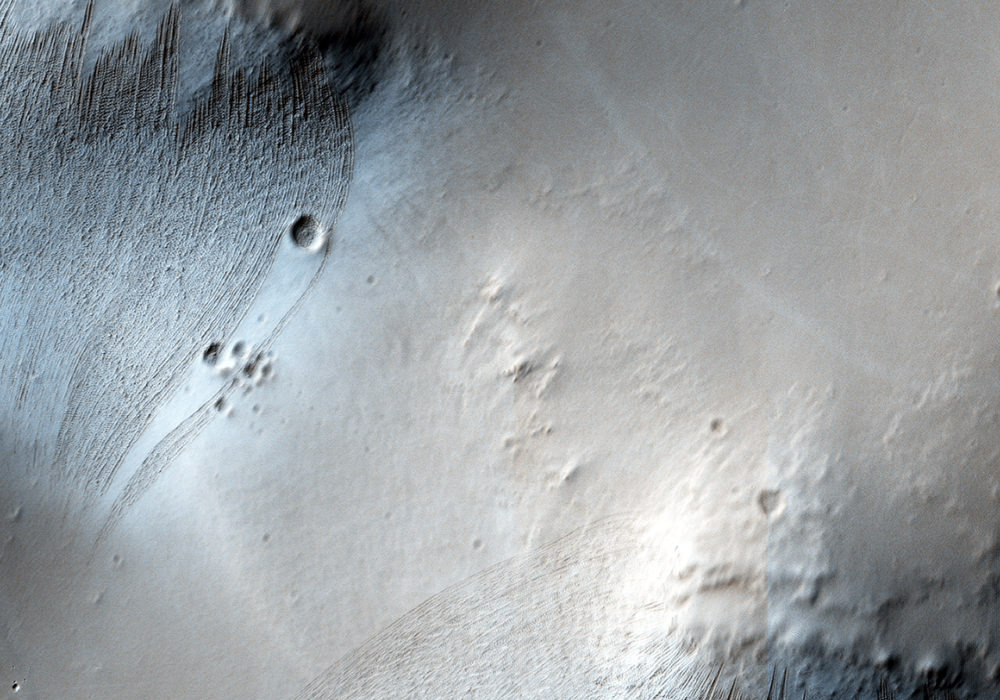