Mars has a vast sea of sand dunes in the high latitude region encircling its North polar cap, known as the North polar erg. These dunes are made up of basalt and gypsum sand grains.

In some regions of the North polar erg where the sand supply is limited they take on an elongated crescent shape (see PSP_009324_2650 ). The icy ground that the dunes are on top of has irregular polygonal patterns. In other areas with an abundant supply of sand the dunes are continuous.

The entire North polar erg is covered in the winter with a seasonal polar cap composed of carbon dioxide (dry ice). In the springtime this seasonal polar cap evaporates. This image shows the dunes mostly still covered with dry ice, but the dark spots are places where the ice has evaporated and the dark sand of the dune is visible.
Written by: Candy Hansen   (25 August 2010) 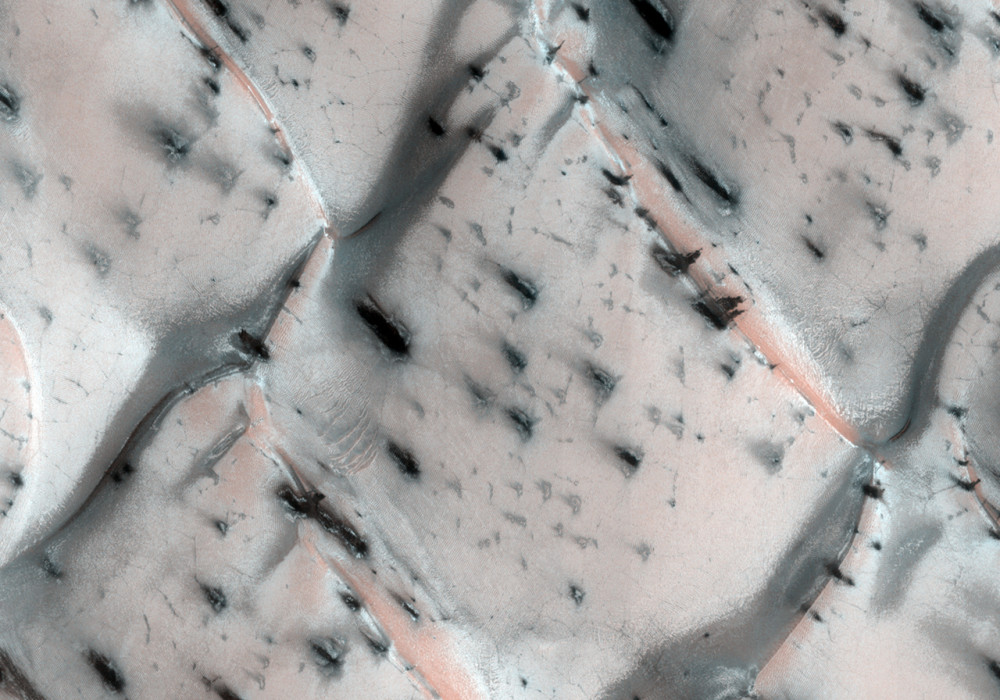