Dunes of sand-sized materials have been trapped on the floors of many Martian craters. This is one example, from a crater in Noachis Terra, west of the giant Hellas impact basin.

The dunes here are linear, thought to be due to shifting wind directions. In places, each dune is remarkably similar to adjacent dunes, including a reddish (or dust colored) band on northeast-facing slopes. Large angular boulders litter the floor between dunes.

The most extensive linear dune fields know in the Solar System are on Saturn’s large moon Titan. Titan has a very different environment and composition, so at meter-scale resolution they probably are very different from Martian dunes. 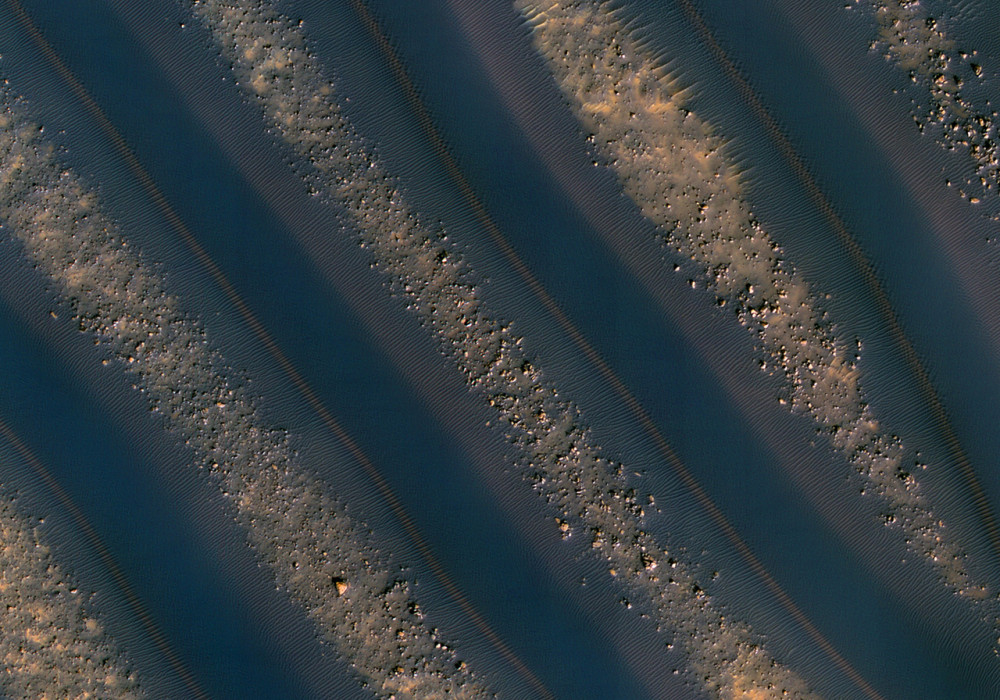