This image shows dark sand dunes and inverted craters in the Arabia Terra region of Mars.

The sand is dark because it was probably derived from basalt, a black volcanic rock that is common on Mars. Unlike traditional craters that are depressions, those here stick up above the surrounding plains. Such “inverted topography” is found on Mars and Earth where erosion has stripped away surrounding topography.

In this case, the craters were filled with sediment. Subsequent erosion stripped away the terrain around the filled craters, leaving the inverted topography visible here. The enlarged color view shows one of the inverted craters surrounded by the dark dunes. 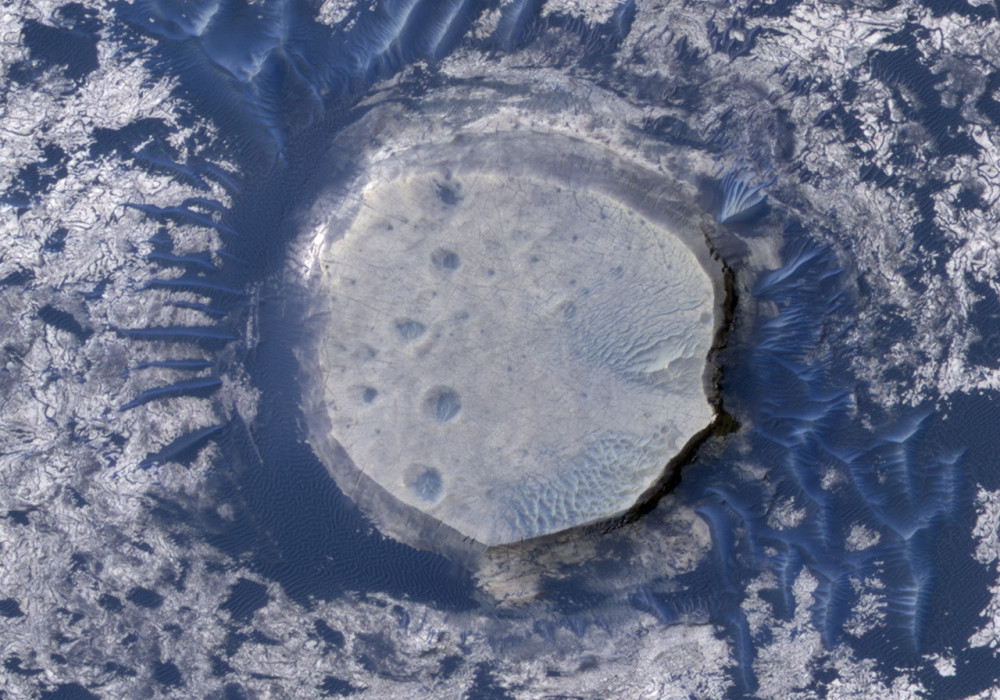