Dunes in Late Fall: Frost in the Ripples

These dunes in Aonia Terra are being monitored for changes such as gullies, which form over the winter from the action of carbon dioxide frost.

The season in which this image was acquired was late fall in the Southern hemisphere. Frost is just starting to accumulate here, and is concentrated on pole-facing slopes and in the troughs between the meter-scale ripples.

The colors have been enhanced in the subimage . 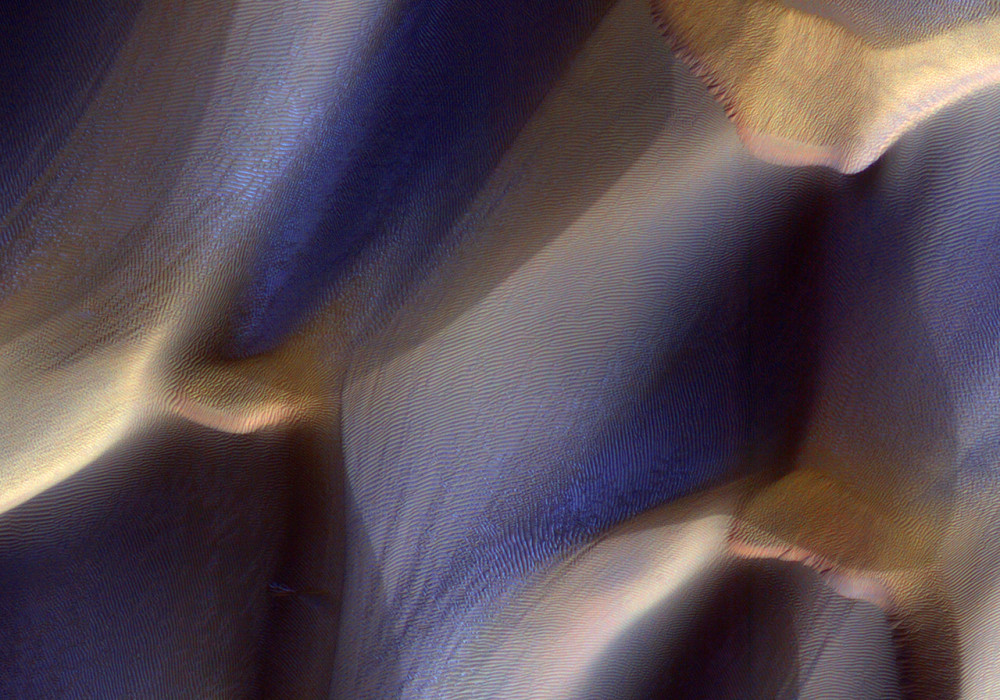