Near the North pole of Mars, the landscape is dominated by sand dunes forming a massive erg (sand sea), much like parts of the Sahara Desert on Earth. In parts of the erg, sand is abundant and covers the entire surface. Here near the edge, sand is in shorter supply and the dunes are separated by areas of lighter-toned soil.

Many dunes on Mars are simple crescent-shaped dunes called barchans, which commonly form in sand-starved areas. A very long ridge oriented at a right angle to the wind is called a transverse dune. Here many of the dunes are barchan-like, but they have partially coalesced and deformed into longer, straighter ridges and other, more complex forms. This suggests a more complex interaction between wind and sand. 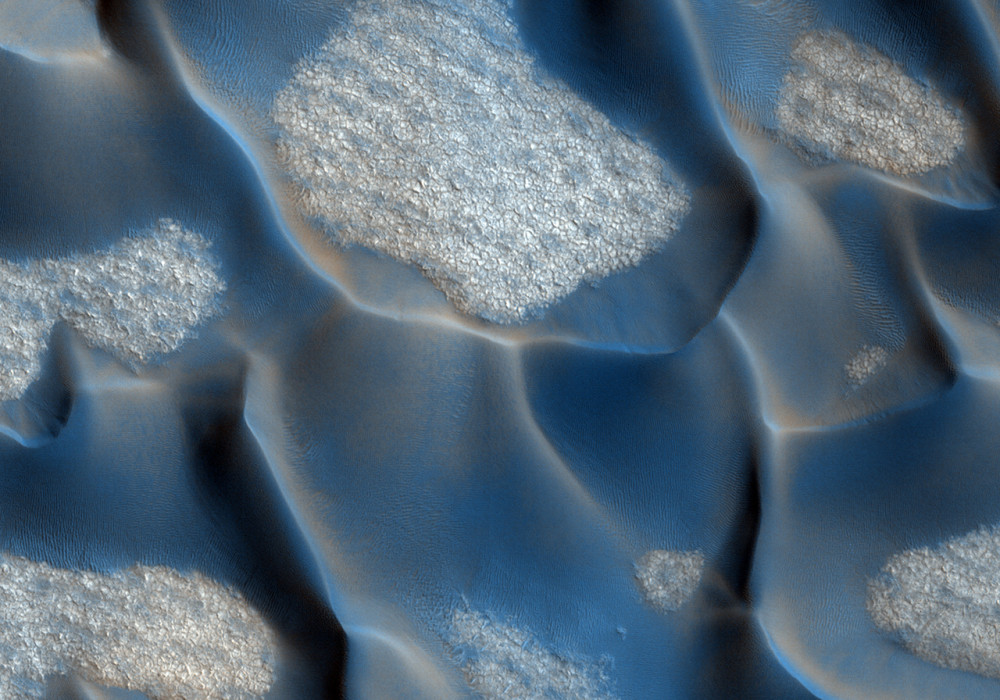