This image shows dunes in an unnamed crater in the west Arabia Terra region. The rim of the crater lies to the south of the image and a dark, toned field of barchan sand dunes rests on the crater floor in the northern portion of the observation.

Barchan dunes are commonly found on Earth, and are generally crescent-shaped with a steep slip face bordered by horns oriented in the downwind direction ( see the subimage ). Barchan dunes form by unidirectional winds and are good indicators of the dominant wind direction. In this case, the strongest winds blew approximately north to south.

These dunes are most likely composed of basaltic sand that has collected on the bottom of the crater. Superimposed on their surface are smaller secondary dunes which are commonly seen on terrestrial dunes of this size ( see the sub image ). Many smaller and brighter bed formsmost likely small dunes or granule ripplesalso cover the substrate between the larger dark dunes. The dark dunes overlie the small bright bed forms indicating that the darker dunes formed more recently. 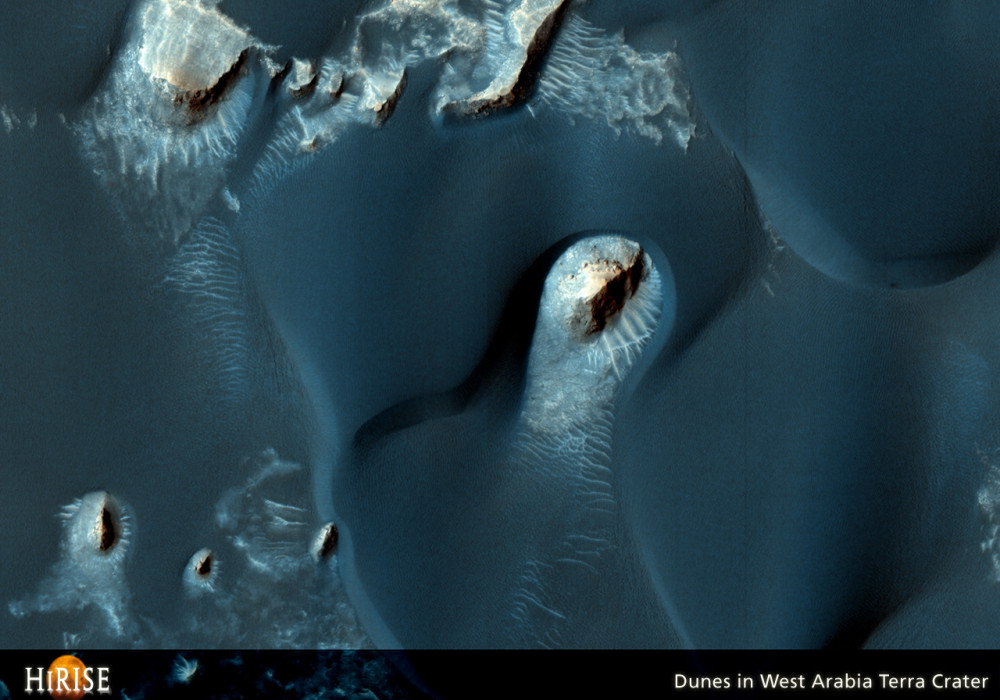