Dunes of the Southern Highlands

Sand dunes are scattered across Mars and one of the larger populations exists in the Southern hemisphere, just west of the Hellas impact basin. The Hellespontus region features numerous collections of dark, dune formations that collect both within depressions such as craters, and among “extra-crater” plains areas.

This image displays the middle portion of a large dune field composed primarily of crescent-shaped “barchan” dunes. Here, the steep, sunlit side of the dune, called a slip face, indicates the down-wind side of the dune and direction of its migration. Other long, narrow linear dunes known as “seif” dunes are also here and in other locales to the east . 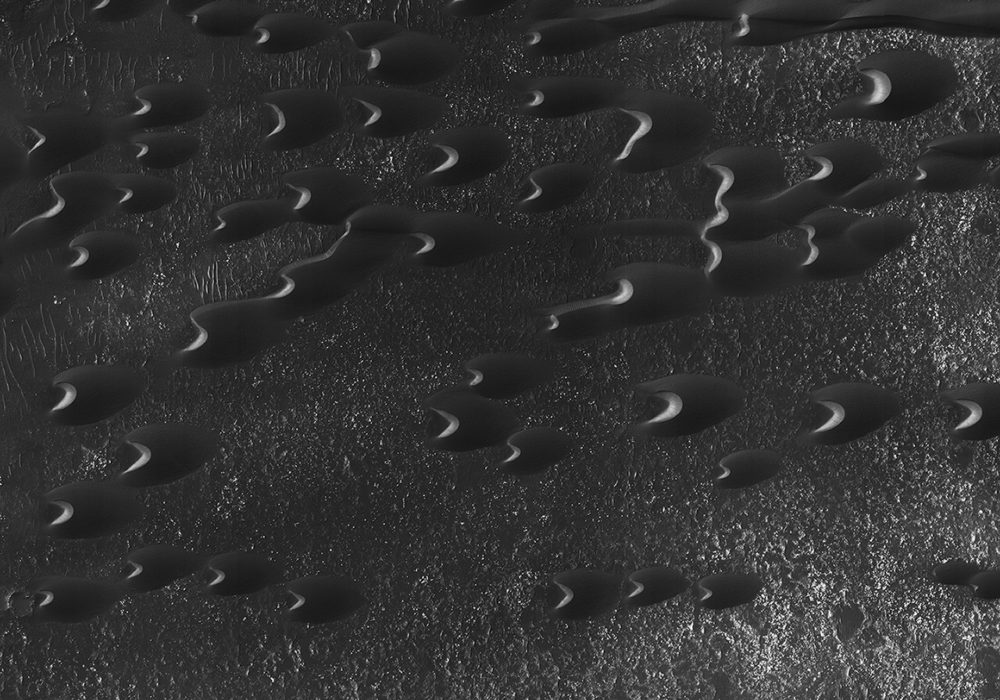