Seen here is the eastern edge of a dune field in a large, degraded crater in the southern hemisphere. Similar to other dunes on Mars, these dunes are dark-toned and contain gullies.

Gullies are features found on slopes and dunes in the mid-latitudes of both hemispheres. Both slope and dune gullies were initially suggested to be a result of liquid water from the surface or subsurface. Slope and dune gullies usually have different morphologies: dune gullies are more linear and have levees bordering their channels. They typically have no distinguishable, or very small, alcove and debris aprons. Slope gullies, on the other hand, often have deeply incised alcoves and channels that exhibit fluvial characteristics such as streamlined islands.

What is highly unusual about this dune field is that one of its gullies has the morphology of a slope gully (approximately 3 kilometers across)! This dune gully has a very incised alcove, what appears to be streamlined islands on the channel floor, and a large, feathery debris apron.Written by: Kelly Kolb   (21 February 2008) 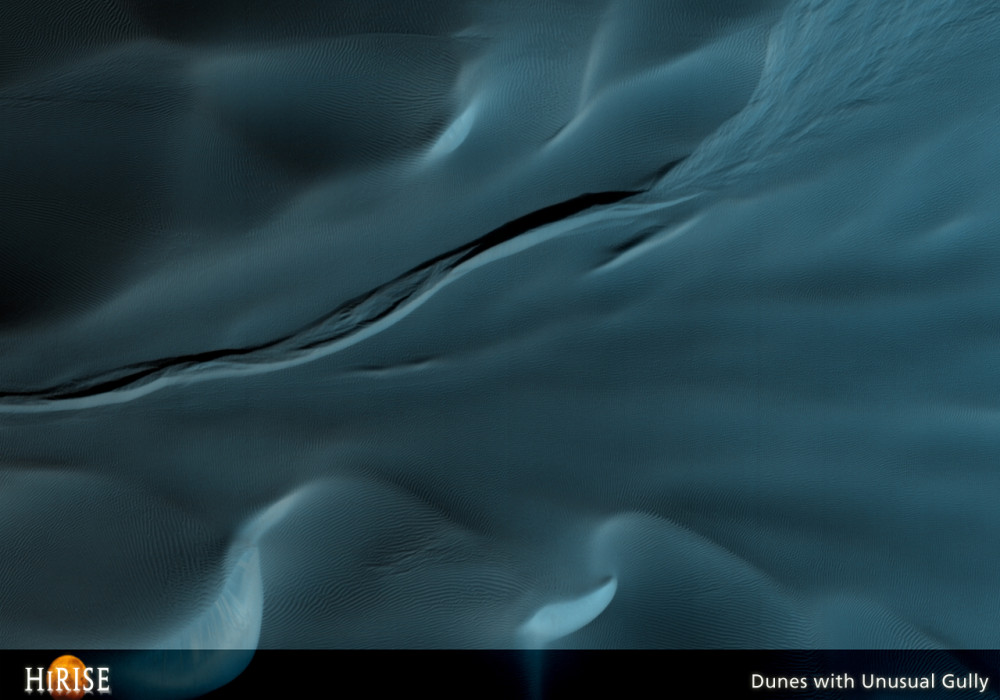