Tharsis Tholus is one of the smaller shield volcanoes on Mars’ massive “Tharsis Rise.” The main shield is covered by a very thick blanket (or “mantle”) of loose material. This is likely to be the same dust that is found across all of Mars.

It accumulates on the tall volcanoes because the thin atmosphere at these elevations has a very hard time moving the dust after it is dropped out from the global dust storms. But another reason for the great thickness of the mantle here could be volcanic ash derived from the volcanos themselves.

The flanks of Tharsis Tholus are cut by large channels, similar to those visible on other Martian shield volcanos like Arsia Mons and Elysium Mons. Like the channels on those volcanos, these channels probably formed by a combination of erosion by flowing lava, and the collapse of the volcano under its own weight. However, because of the thick covering, we cannot say this definitively.

A striking feature at the northern end of this image is the fact that the dust cover is much thinner on the lava flows that surround the shield. This indicates (1) the surrounding lavas are much younger than the shield and (2) the mantle on the volcanos is old. 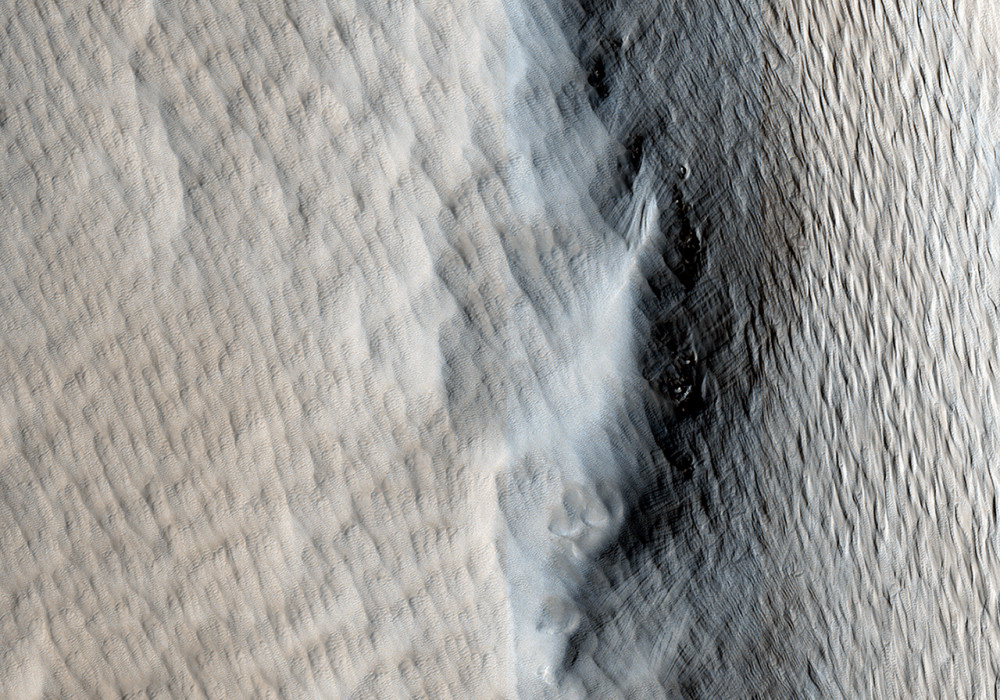