Marked by large depressions in the mantle, this observation shows an area South of the Hellas region in the Southern hemisphere of Mars.

The large depressions have scalloped edges and appear to have formed from multiple smaller depressions, also with scalloped edges, that have coalesced together. Scalloped pits such as these are typical features of the mid-latitude mantle and are most commonly found at approximately 55 degrees North and South latitude. The presence of scalloped pits has led to hypotheses of the removal of subsurface material, possibly interstitial ice, by sublimation (the process of solid material going directly to a gaseous state).

Scalloped pits, such as these, typically have a steep pole-facing scarp and a gentler equator-facing slope. This is most likely due to differences in solar heating. The formation of some scalloped depressions is believed to be an ongoing process.

On the surface surrounding the scalloped depressions are multiple criss-crossing dark streaks; these are formed by dust devils. Dust devils are spinning, columnar vortices of wind that commonly occur in dry and desert landscapes on Earth as well as Mars. They move across the landscape leaving a dark streak by removing bright dust from the terrain in their path and revealing a darker surface underneath. Some of the dark streaks in this image cross the depressions indicating that dust devils have been active since the formation of the depressions.
Written by: Maria Banks   (13 October 2010) 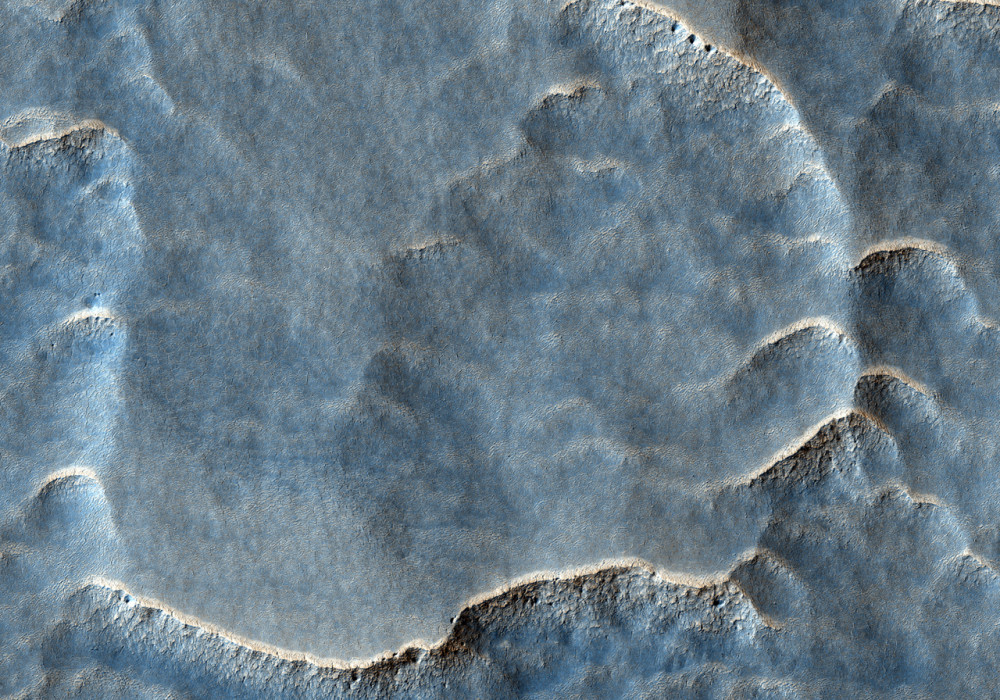