Dust-devils are vortices of wind that form when air rising from a warm surface encounters shear in the above atmosphere. Martian dust devils can attain gargantuan proportions, reaching the size of terrestrial tornadoes with plumes that tower up to 9 kilometers above the surface. Dust-devils play an important role in sustaining the aerosols that make up Mars’ red sky and in cleaning the Martian surface after a dust storm.

This observation shows a region near the Martian equator that is a perfect tablet for the scribblings of dust-devils. This region is made up of dark bedrock that is thinly blanketed by bright dust. Dark tracks form when dust-devils scour the surface, exposing the darker substrate. The tracks tend to cluster together, as dust-devils repeatedly form over terrain that has been previously scoured and is consequently darker and warmer than the surrounding surface.

Once lofted by a dust-devil, the fine dust can be transported great distances before it settles again onto the surface.Written by: Paul Geissler   (27 January 2008) 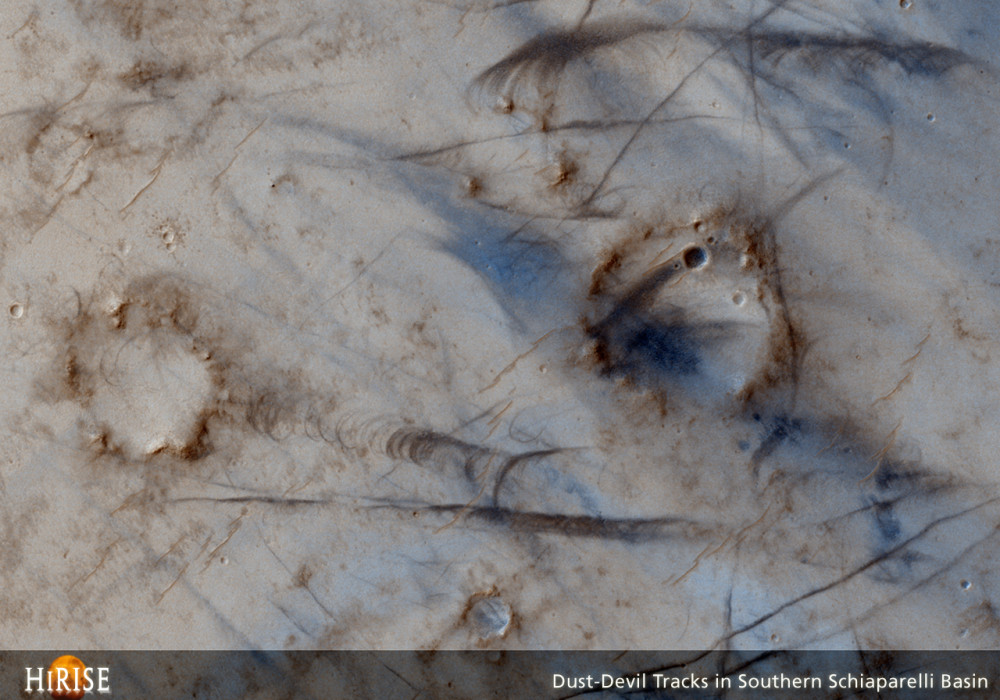