Gusev Crater is decorated by tracks made by dust devils that have been observed by the Mars Exploration Rover Spirit, Mars Orbiter Camera (MOC), and HiRISE images. Dust devils are of interest because they may clean the solar panels that provide power to Spirit, and are partially responsible for dust transportation on the surface of Mars.

Dust devils are actually giant convective vortices that form as a result of atmospheric vertical instability. Solar radiation warms the surface, forcing air to rise to an atmospheric convective boundary, where it then cools. The denser, cold air parcel descends and generates a circulation that creates a suction effect.

As the dust devil picks up material from the bright dust-mantled surface, it exposes the darker basaltic substrate. These scribble marks will follow the prevailing winds and tend to cluster together as the lower albedo surface heats up more quickly. Scientists are trying to understand the relationship between dust devils and craters and other topographic features that generate multiple wind directions.

To monitor the changes in dust removed and deposited, this HiRISE observation and MOC E1202049 are examined that have an Earth time span of 6 years, 6 months, and 3 days. These two images were acquired during the opposite seasons; PSP_009319_1650 during the late southern winter and E1202049 during late southern summer/early fall. The dust devils tracks reflect the seasons as activity increases when temperatures peak in the summer.

This pair of images also shows darker regions that dictate where the dust devils occur and show that there has either been only light deposition of dust from the time the MOC image was acquired, or a repeating cycle of dust erosion and deposition. 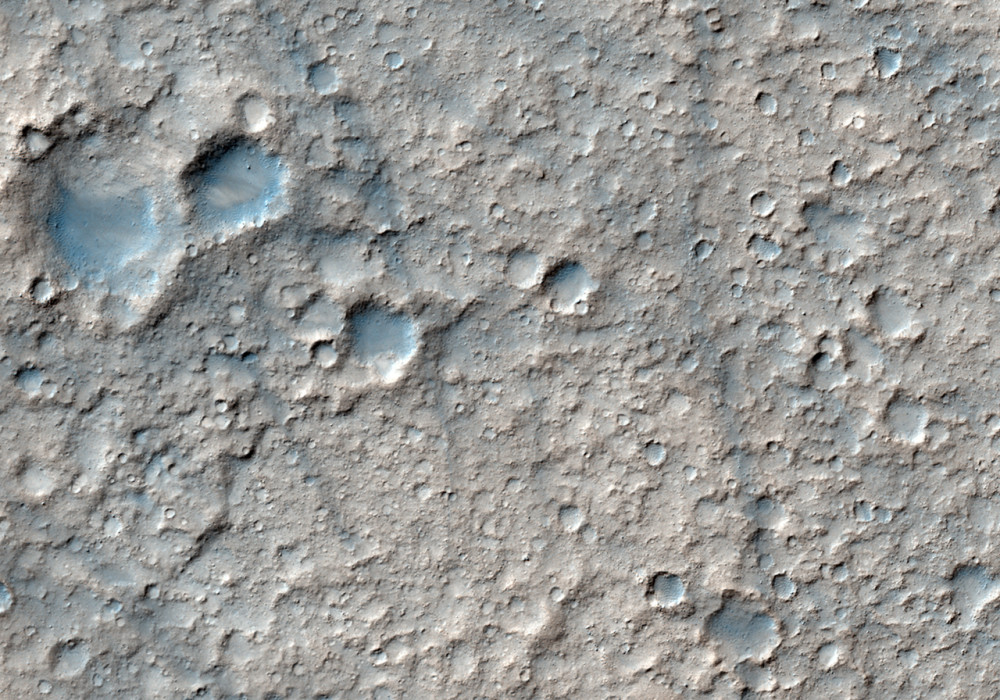