During the long dark night of Martian winter at the South Pole, carbon dioxide in its solid form (also known as “dry ice”) accumulates and forms a seasonal polar cap.

As the sun comes up in the spring, the ice evaporates in a complex way. This observation shows dark dust being blown across the seasonal south polar cap. The dust comes from the surface beneath the ice: it either starts at spots bare of ice, or it’s possible that it’s lofted from below the ice in geyser-like plumes.

Local winds blow the dust from its source, forming a long fan. When the wind changes direction, a new fan is formed pointing in the new direction In this single image we can see that the wind has blown in a number of directions . This data will be used to study weather patterns near the South Pole. 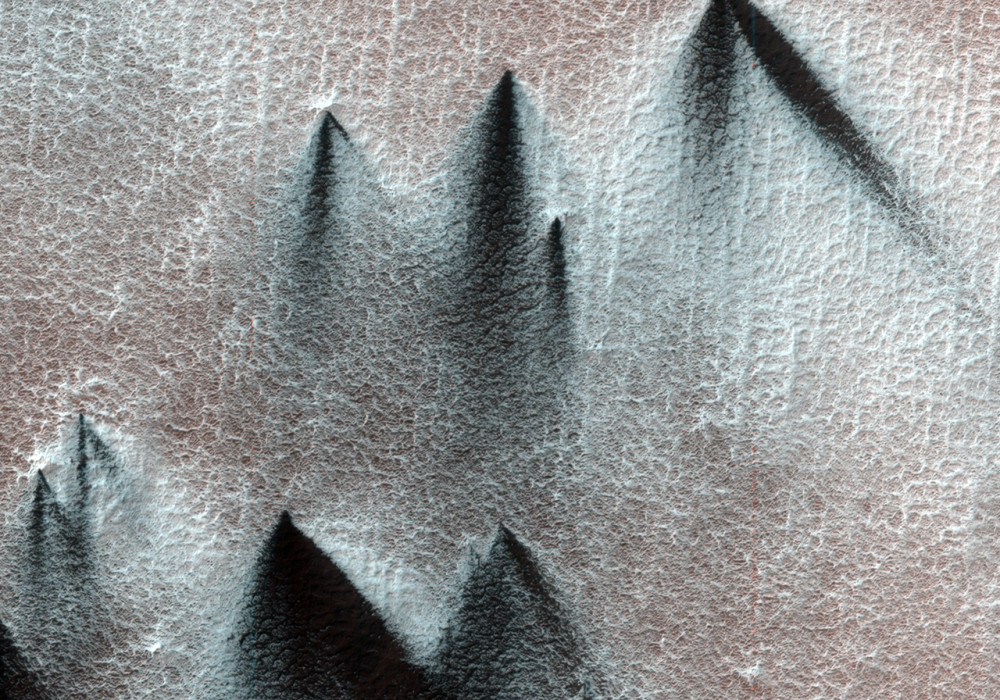