Pavonis Mons is one of the three giant Tharsis Montes shield volcanoes. Its summit rises so far above the surface that the atmosphere is extremely thin, even for Mars.

Dust that reaches these heights (for example, during major dust storms) is hard to remove, so the upper parts of these volcanoes are covered by vast deposits of dust. The dust is moved a little by the thin winds, producing ripples and other textures near the limit of HiRISE’s resolution. The fluffy, ripply surface looks “smudged” or out of focus, but by looking at some of the small impact craters you can see that the HiRISE camera is, indeed, properly focused. It’s the surface of Mars that is blurry!

The impact craters also show that the dust is not a thin veneer. Instead, it is a thick coat, at least several meters (yards) deep. This mantling of dust hides the details of the lava flows and vents, frustrating volcanologists but delighting those who study dust! 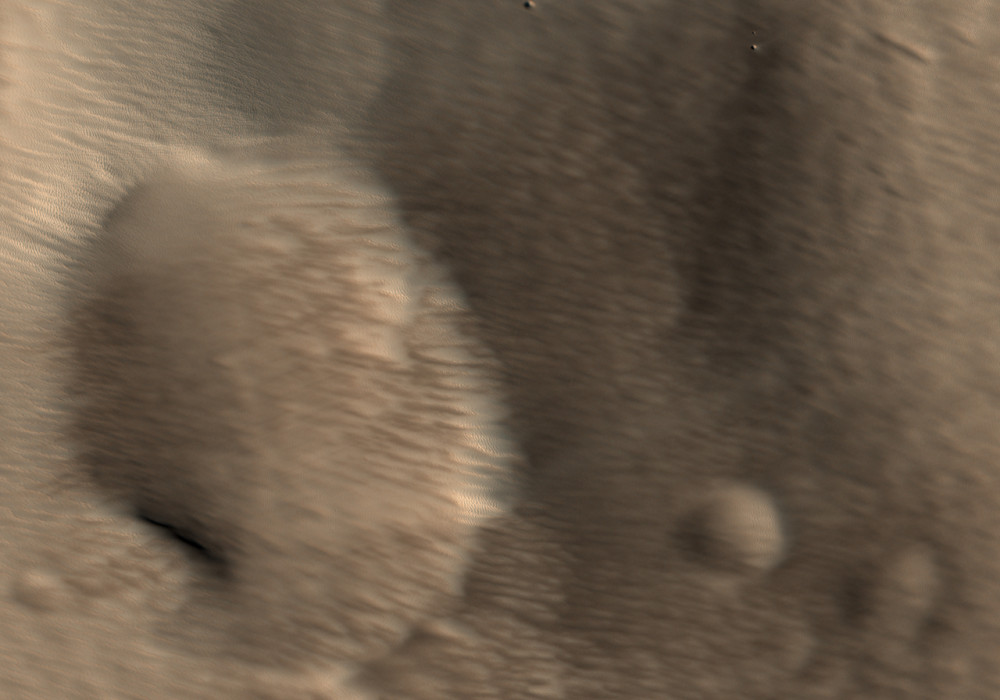