This image shows an old volcano in Syria Planum, near the edge of the Tharsis volcanic rise. This is a region where extensive volcanism has occurred; in many places, the upper walls of Valles Marineris have cut through lava flows.

The basic shape of the old volcano is visible here, but the entire region has been coated by dust. This makes it difficult to learn more about the volcanic processes that have occurred at this site. However, the mantle is interesting by itself. It has probably settled out of the atmosphere, either as dust or possibly volcanic ash, since it seems to coat the entire region uniformly. (Mars has frequent, massive dust storms which could create large deposits over time.) This mantle has a regular, scalloped texture that is visible at several scales.

The texture is not well understood; it is common in volcanic terrains, but also occurs on some other rock outcrops. HiRISE scientists are studying images like this one to determine how it forms. 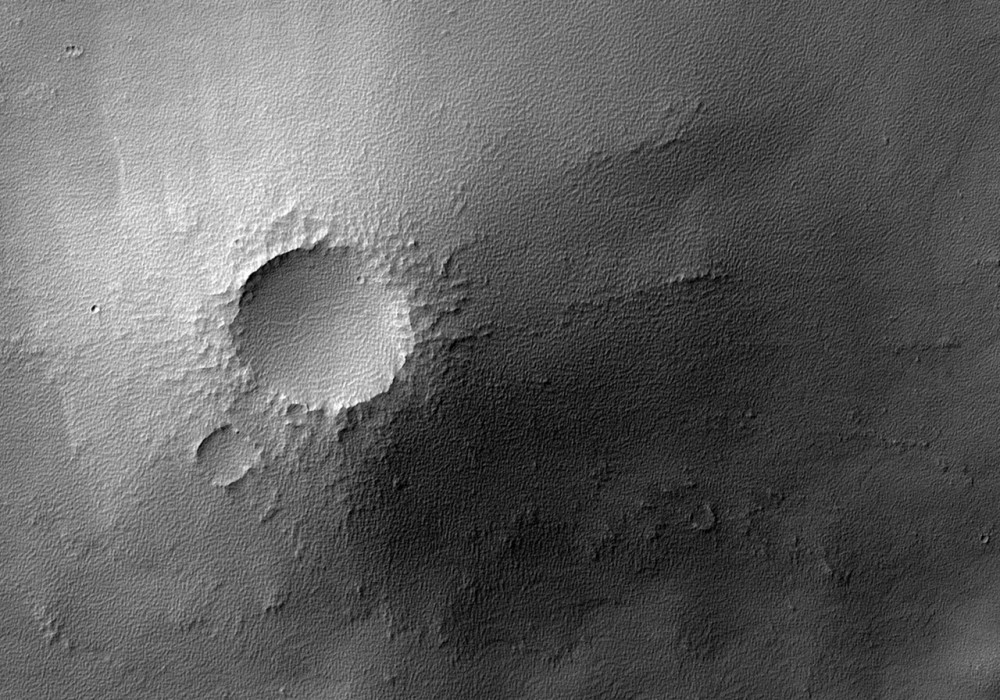