This scarp at the edge of the North Polar layered deposits of Mars is the site of the most frequent frost avalanches seen by HiRISE. At this season, northern spring, frost avalanches are common and HiRISE monitors the scarp to learn more about the timing and frequency of the avalanches, and their relationship to the evolution of frost on the flat ground above and below the scarp.

This picture managed to capture a small avalanche in progress , right in the color strip. See if you can spot it in the browse image, and then click on the cutout to see it at full resolution. The small white cloud in front of the brick red cliff is likely carbon dioxide frost dislodged from the layers above, caught in the act of cascading down the cliff. It is larger than it looks, more than 20 meters across, and (based on previous examples) it will likely kick up clouds of dust when it hits the ground.

The avalanches tend to take place at a season when the North Polar region is warming, suggesting that the avalanches may be triggered by thermal expansion. The avalanches remind us, along with active sand dunes, dust devils, slope streaks and recurring slope lineae, that Mars is an active and dynamic planet. 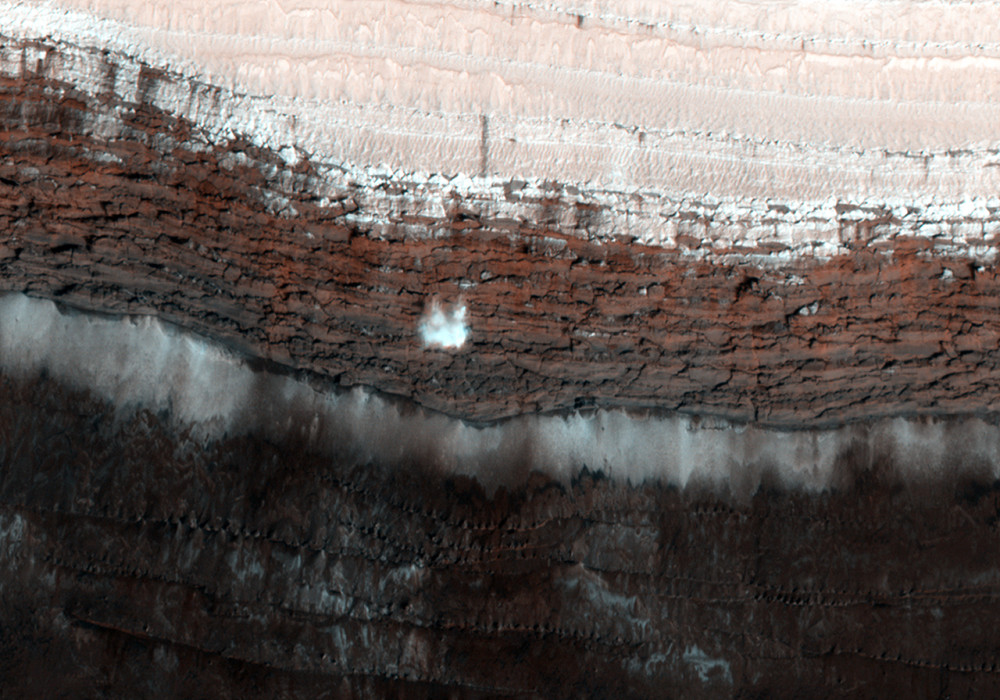