Endeavour Crater is a large impact crater formed on Mars billions of years ago. Erosion and burial have filled in the depression and reduced the rim to a broken-up ring of hills made of rock that is older than the surrounding plains.

The Mars Exploration Rover (MER) Opportunity is currently exploring the west rim of the crater, and studying new types of rock that are very different from anything seen earlier in the mission . HiRISE images of the rest of the crater help the MER team plan their operations and understand how particular sites visited by the rover fit into the big picture. 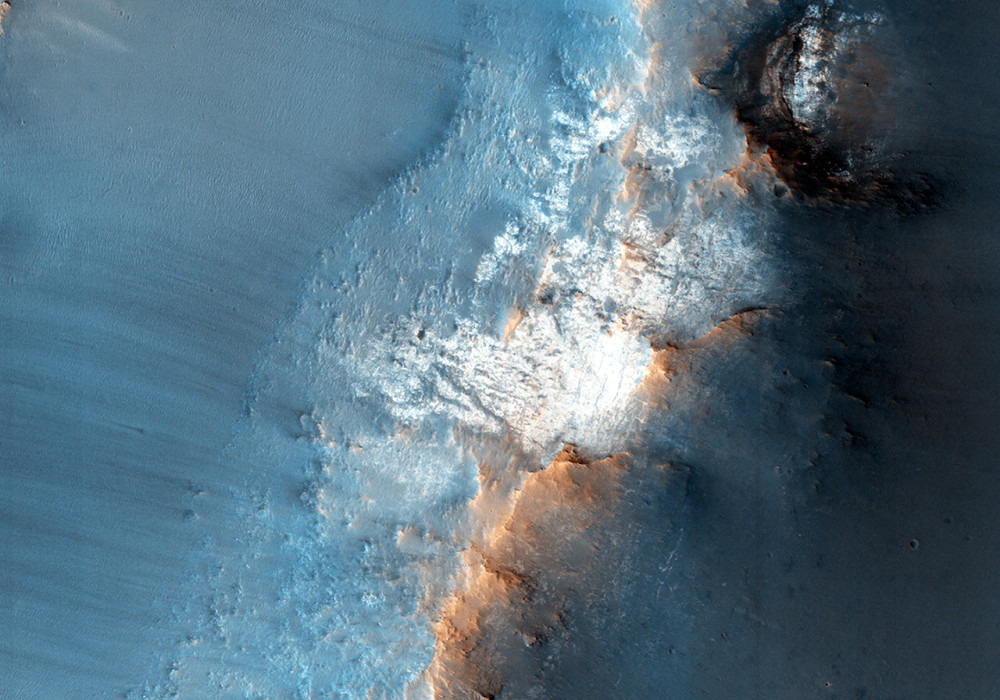