This observation was taken as part of the Mars Science Laboratory (MSL) “color image campaign” at Eberswalde Crater. MSL, also known as “Curiosity,” is set to launch in November 2011.

Another reason for this observation was to complement CRISM color images at HiRISE resolution. CRISM has detected phyllosilicates (clays) in the region. Clays on Earth are often formed in the presence of water and occur in river deltas and lake beds. On Mars, could this be evidence for past water activity? 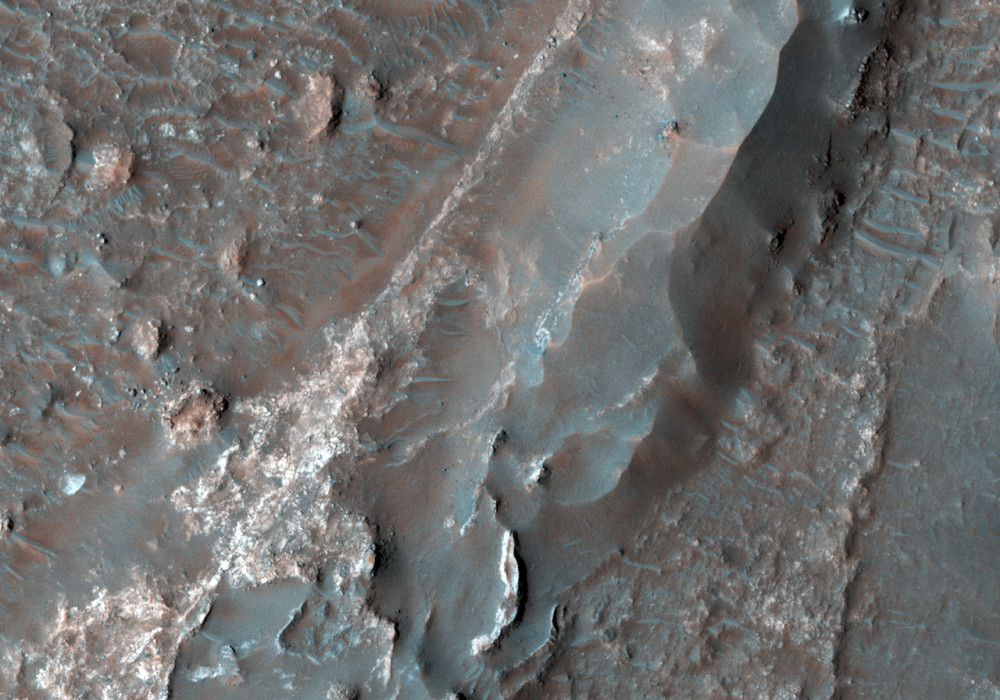