In February 1917, Albert Einstein wrote in a letter: “It is a pity that we do not live on Mars and just observe manâs nasty antics by telescope.” We do have a telescope at Mars, but we use it to image Mars rather than Earth, such as this image of bizarre landforms in Gorgonum Basin.

This basin may have contained an ancient lake, with channels draining into the lake from the sides. After sediments are deposited, they become hardened to varying degrees, then eroded by the wind. More hardened bedrock will remain as high-standing topography following erosion of the weaker materials, perhaps inverting the initial forms. For example, high-standing linear or meandering topography may have been fluvial channels. The enhanced-color cutout shows some of the bedrock as well as dark sand . 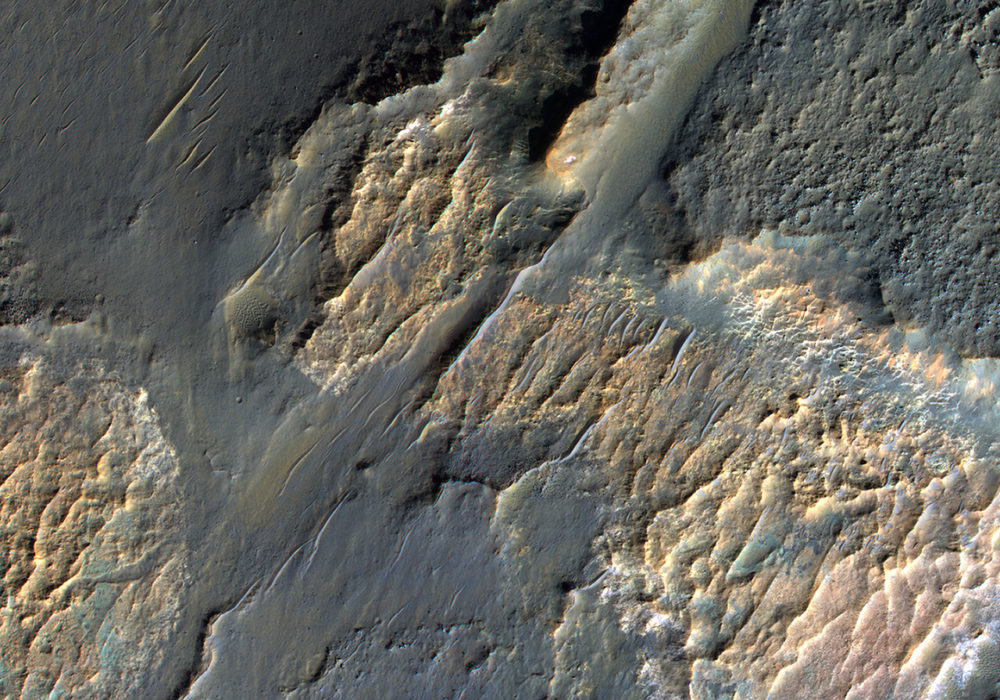