Ejecta Blanket of an Impact Crater

The ejecta blanket of a large (20 kilometer diameter) impact crater is shown here in vivid detail. The ejecta formed strong linear patterns in the topography that extend radially outward from the crater. This ejecta is rocky material that was ejected from the crater as a result of the high-velocity impact of an object about 100-200 meters in diameter, which probably escaped from the asteroid belt.

Since the impact event, this ejecta has been subject to millions of years of wind erosion that may have etched the surface and accentuated the radial pattern. There are also small-scale landforms such as fractured mounds that may have formed due to the presence of subsurface ice. 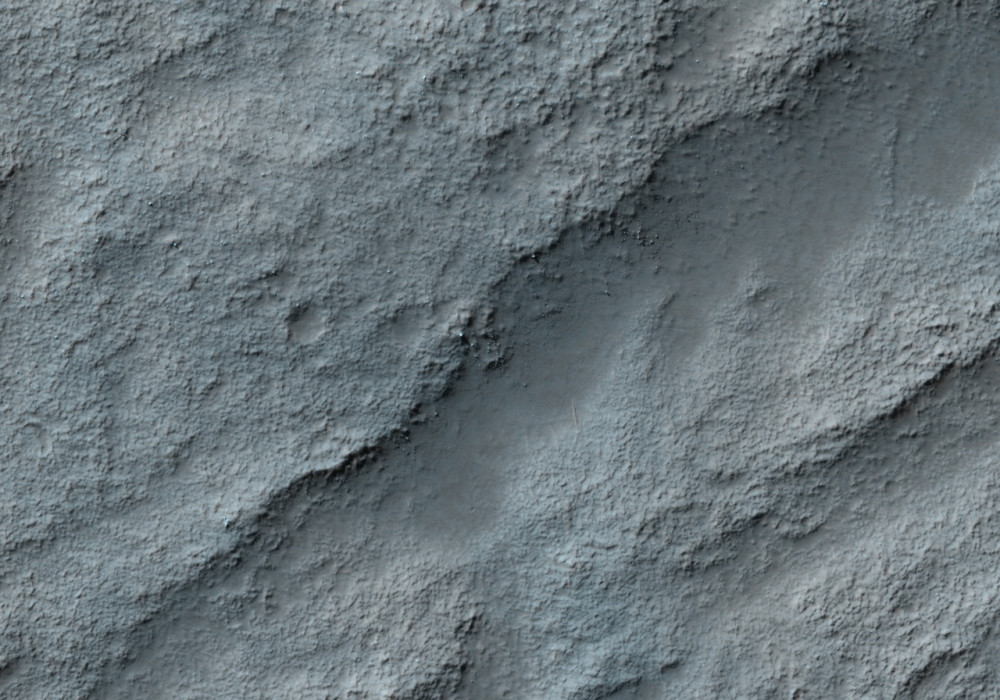